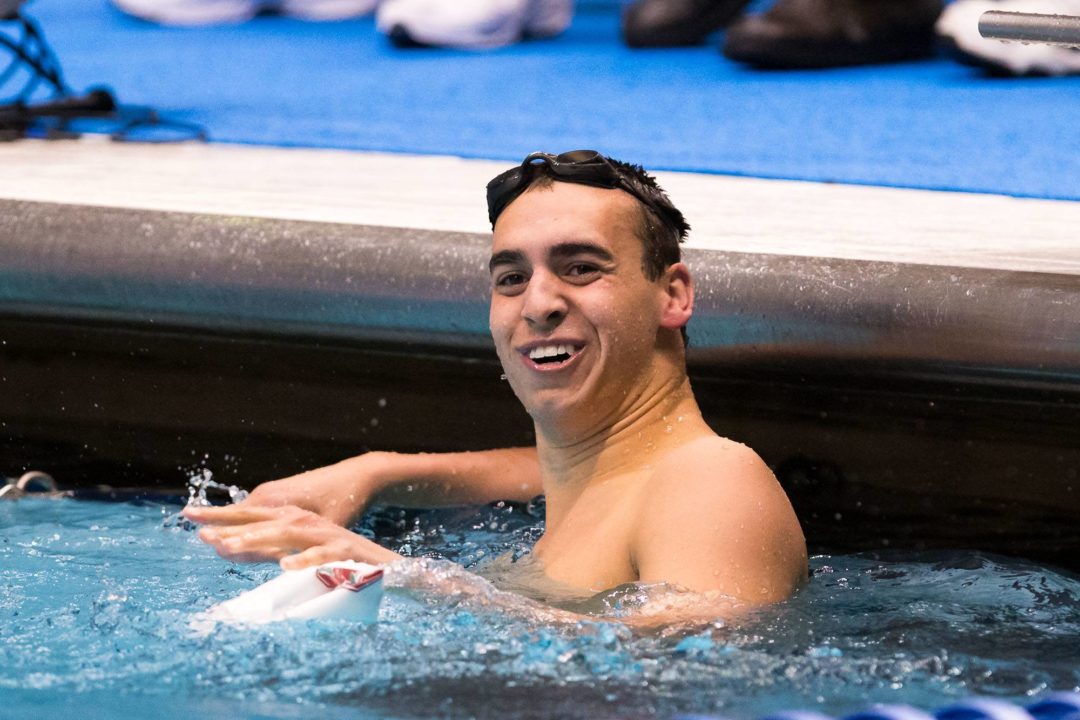 There are increasingly-few National Age Group Records that remain from pre-1990, especially with the new era of super-youths we’re seeing come through USA Swimming (though, some might be surprised that there are any left of this age at all).

There’s the ones we all know. Mary T. Meagher from the late 70’s and early 80’s put up some unreal butterfly times. Sippy Woodhead was a great middle distance freestyler. Dara Torres and her reign on swimming record books lasted nearly 30 years. Chas Morton – a name that is almost synonymous with NAG Records. Jeff Kostoff who put up unbelievable distance freestyle times in high school who went on to make the 1984 and 1988 Olympic teams.

In yards, however, there was one more swimmer from this golden era of age group swimming that remained on the books: a name that likely only our more matured readers even remember. That name, until today, was Troy Dalbey.

(Side note: Dalbey is maybe best remembered for being arrested at a Korean bar while celebrating his victories. No harm, though, as no formal charges were filed after they took a marble lion’s head off of a wall. Oh, the memories.)

Dalbey, though he went on to be an All-American at Florida and Arizona State, and won two Olympic gold medals in Seoul in 1988, isn’t often remembered. That’s perhaps because he was the third relay guy swimming with juggernauts Matt Biondi and Tom Jager. He was sort of the Ricky Berens of his era, only Ricky Berens in a time before there was enough coverage of the sport to know anybody beyond Michael Phelps and Ryan Lochte, so-to-speak.

Note that Kremer represents Israel internationally, but also holds dual an American passport and citizenship. Under the USA Swimming “Dylan Carter” rules (our words, not theirs), swimmers are eligible to break USA Swimming National Age Group Records by just being a U.S. citizen. The rules for Age Group Records are different than those for senior American Records, which stipulate that an athlete must be a U.S. sporting citizen, though it’s fairly recent that international swimmers of such a young age and skill set have chosen to represent other countries internationally.