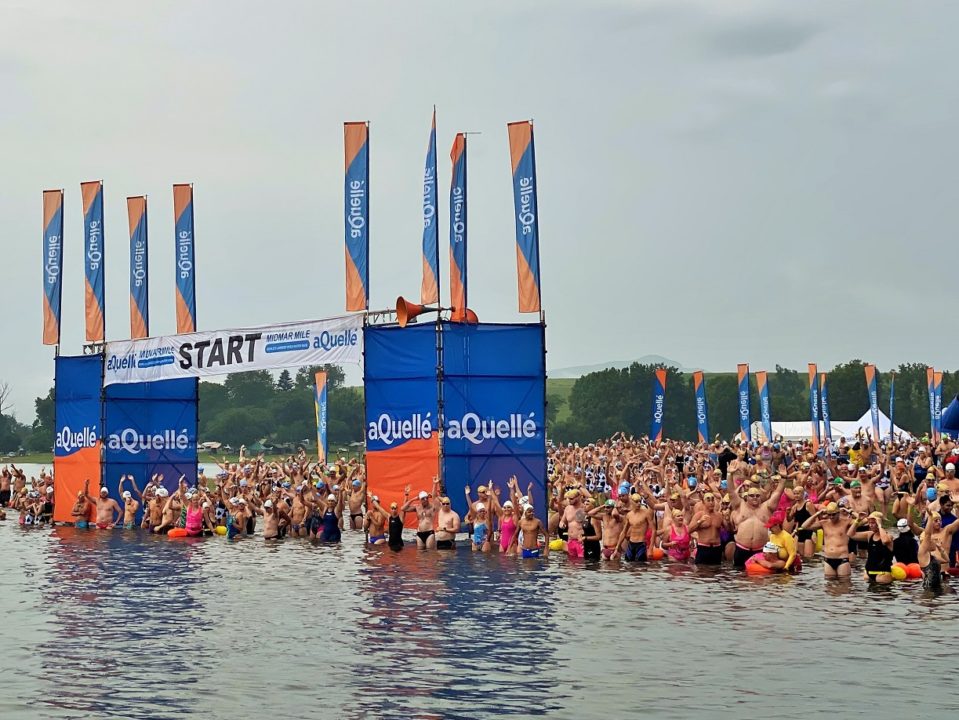 Schoenmaker’s 2:20.17 200 breaststroke was the only swim of the night to get under the South African Olympic selection criteria.

With the swim, Schoenmaker also became the fastest woman in the world this year as well as South Africa’s newest qualifier for the Tokyo 2020 Olympics.

The Israel record in the women’s 200 freestyle has fallen twice in two days as Andi Murez now holds the record at 1:57.97.

Chad le Clos qualified for the 2021 Olympics with his national title-winning time of 1:55.88 in the 200 fly. Also qualifying was Ethan du Preez, 17 years old.

Tatjana Schoenmaker got off to a quick start at 2021 South African Nationals by lowering her own NR not once, but twice on day 1.

After initially postponing the race by one month, the 48th annual aQuellé Midmar Mile will now be a virtual event, the Race Committee announced Wednesday.

Scheduled to take place in Midmar Dam, just outside of Pietermaritzburg, South Africa, an announcement by Ezemvelo KZN Wildlife, a governmental organization responsible for maintaining the area, said they would not allow the event to move forward at the risk of it becoming a COVID-19 super-spreader.

Following the original postponement announced in January, the event was slated to run March 6-14 before the recent change to a virtual event.

The Race Committee has, however, received permission to host the top men and women races on March 7, along with the 8 Mile and 16 Mile charity events on March 11 and 12.

Despite spending several weeks in negotiations with Ezemvelo KZN Wildlife to save the event, the Race Committee was ultimately unable to do so.

“It was brought to our attention recently that Ezemvelo KZN Wildlife were not allowing events to take place at their facilities, despite government regulations allowing events within restrictions,” said Race Director Wayne Riddin.

“I personally requested an urgent meeting on several occasions but senior management were not able to make themselves available. All documentation was submitted to Ezemvelo KZN Wildlife, with written permissions in place from the necessary authorities. We have been locked in negotiations until yesterday (Tuesday, 2 March) to save the 2021 event.”

Riddin continued: “We are devastated that we were unable to convince Ezemvelo KZN Wildlife of not only our intent, but also our capability to run Midmar Mile safely during the pandemic. There is no doubt that the event was going to look very different this year as we made huge alterations to accommodate restrictions in place. The protocols prepared and documented would have been of the highest standard and, as is always the case at Midmar Mile, swimmers’ safety comes first.”

Over 4,000 participants were expected to take part in the event. Riddin says those who were unable to change travel plans and still arrive at Midmar Dam may still be able to swim the course in order to complete their virtual entry.