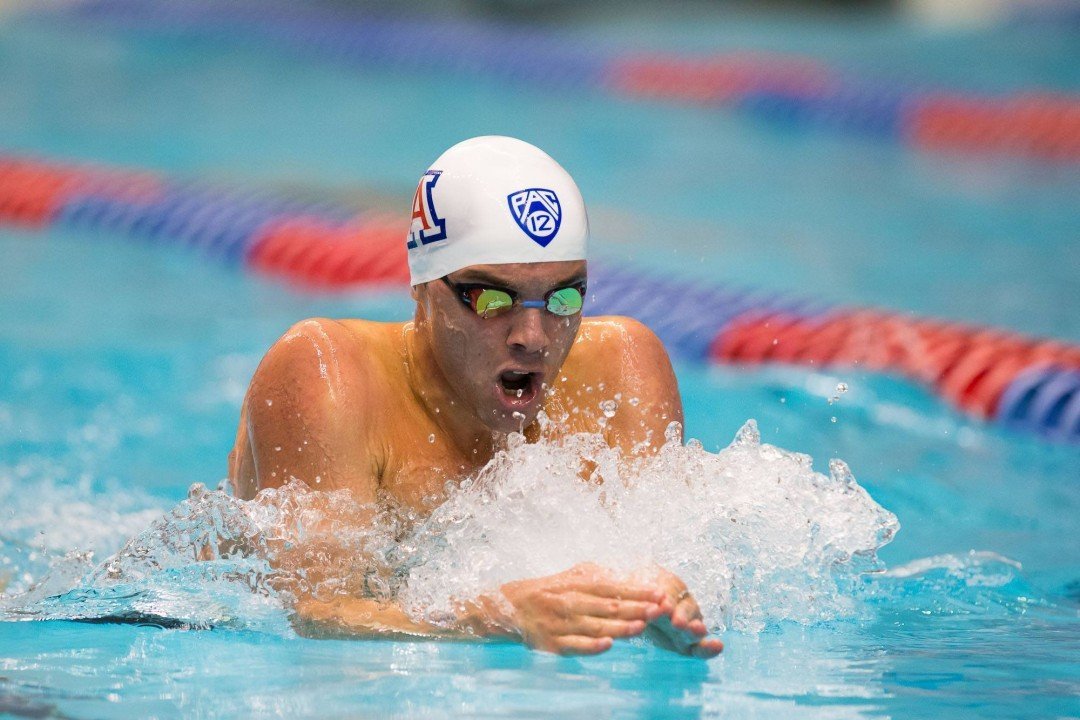 Friday marked less than a week until the August 21st beginning of the 2014 Pan Pac Championships on the Gold... Archive photo via Tim Binning/TheSwimPictures.com

Friday marked less than a week until the August 21st beginning of the 2014 Pan Pac Championships on the Gold Coast, Australia, and one of the biggest non-founding nations has finalized their roster.

The South Africans will send 18 swimmers to the event, though they’ll be missing most of the country’s biggest names (le Clos, van der Burgh, Schoeman, Prinsloo).

That doesn’t mean the South African roster will be totally desolate, however. Among the headliners will be 2013 World Championship bronze medalist in the 50 breaststroke Giulio Zorzi and rising NCAA IM’er Michael Meyer.

The women’s roster, meanwhile, won’t have a single swimmer who represented the country at the World Championships last year. Their best shot at having an impact will be from young butterflier Vanessa Mohr. Mohr didn’t have a great meet at South Africa’s Nationals, but is still looking for the second wind of her career after going under 59 seconds in the 100 fly in 2011 as a 16-year old.

This is South Africa’s second big international championship meet of the summer, and the focus this year by the elites was placed heavily upon the Commonwealth Games.

In 2010, the South Africans did manage to scrape two bronzes out of the Pan Pac Championships, but it looks like that will be hard to repeat in 2014.

It is a shame that South africa is not sending its top team to Pan Pacs, they really could have added to the mix, especially in the Men’s sprints and relays!