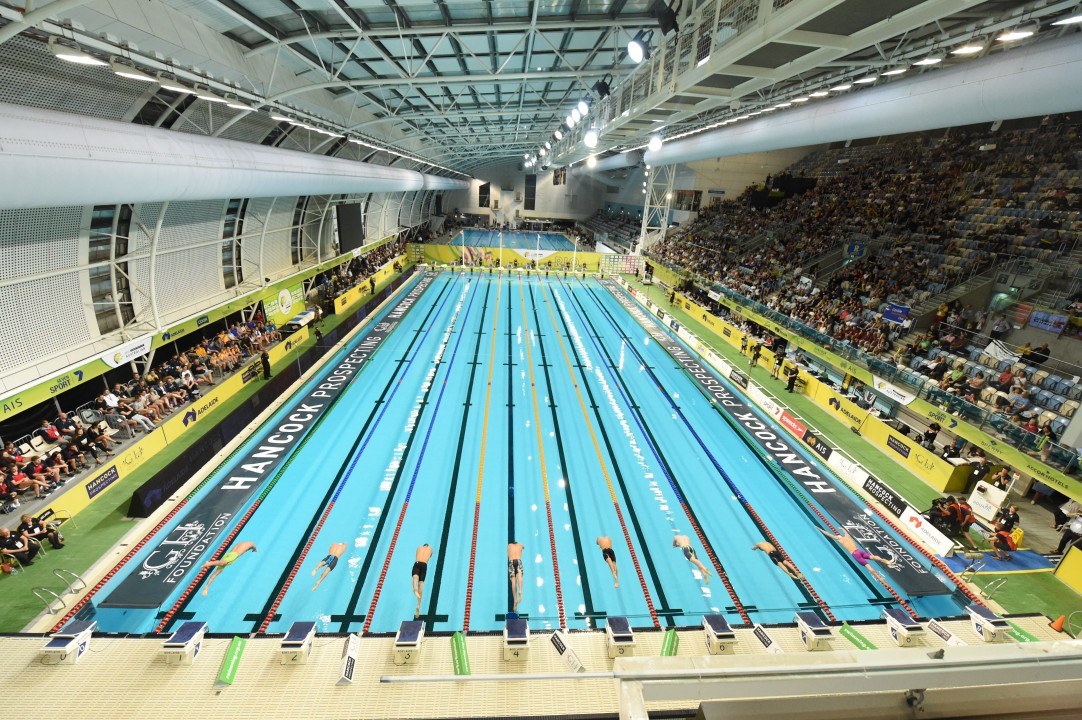 We reported earlier this month that 2016 Olympic silver medalist Maddie Groves of Australia withdrew from her nation’s Tokyo Trials, citing her decision as being a lesson to ‘misogynistic perverts in sport and their boot lickers’.

With no other details being made public at the time, Swimming Australia President Kieran Perkins said, “She [Groves] has at no point contacted Swimming Australia, we haven’t been able to talk to her directly and go through her concerns with her to find out what’s going on,” he said.

“I could certainly reassure her and everybody that claims like these are of the utmost importance to us and providing a safe environment for all of our participants is absolutely paramount to us.”

He said, “Swimming Australia has been consciously working on issues of institutional concern for the past decade. Our focus is what we do today and in the future to ensure safe elite performance.”

“We will continue to communicate the progress of this panel to our community and stakeholders.”

Flash forward to today and Swimming Australia (SA) has released an additional statement regarding the matter.

“We acknowledge some members of the swimming community have experienced unacceptable behaviour, some of this dates back decades,” SA said in a statement on Saturday, June 26th.

According to ESPN, at least six former elite swimmers will reportedly soon detail their experiences of abuse in the sport, experiences regarding which SA said it was, as yet, unaware of their nature.

“Swimming Australia is deeply concerned and understands the gravity of such claims … we will always investigate any complaint with rigour. The most important thing we are working on right now is ensuring Australia has a safe swimming community, ” said the organization.

Additionally, ESPN reports that SA has appealed to any concerned swimmers to come forward and will create an independent all-female panel to investigate any incidents of abuse.

“In the coming days, we’re due to announce the chair of the independent, female-led panel,” SA said.

“We have proactively spoken to a number of parents and swimmers across various levels of swimming and invited them to make submissions to this new panel.

“We have reaffirmed with the swimming community the various ways complaints can be dealt with at Swimming Australia, including several independent options.” (ESPN)

It will be proven in good time that Swimming Australia, and that includes Alex Baumann (CEO – internal promotion) and Lydia Dowse (Integrity) are very much aware of current and historic abuse within its programs. The ABCs Ticket isn’t helping – how would she know who is or isn’t coming forward to report abuse if it’s meant to be a confidential process?

I wonder who they have been contacting in recent times to ensure the complaints process is understood? It’s certainly not Club Presidents, or swimmers directly.

Very frustrating, there always seems to be a scandal of some kind leading into the Olympics with our swim team. If Maddie Groves complaints are true then there needs to be a complete clean out and attitude adjustment. So horrible for all the athletes

There are no problems, only the ones we’ve been working on for decades, which are not problems…

Someone needs to hire a new communications director.

Here in the USA, USA Swimming and Safesport are very arbitrary in who they go after based on who they are (political standing, “good ol boy” status, etc.). For example the conduct of coaches Murray Stephens and Richard Shoulberg is worse than 75% of the people on the banned list, but their actions were covered up by Chuck Wielgus, Susan Woessner and certain USA swimming Board members because of their notoriety and status as USA Swimming board members. If it wasn’t for Attorney’s Robert Allard (San Jose, Ca) and Jon Little (Indianapolis, In), half of the people on the banned list wouldn’t be there. Sadly, they are both the real police of USA Swimming.

If you are going to run a smear campaign, make sure you got your facts straight. Don’t use the term arbitrary and then throw an arbitrary number (75%) without any facts to support it.

Second Susan is a girl not a “good ol boy.”

No organization is perfect, but you shouldn’t undermine all the good hard work SS has done to protect our athletes but spreading gossip and half truths.

It’s not a smear campaign. The 75% figure could be more or less, but that figure was given to me by an actual USA Swimming board member. I never said anything about Susan Woessner being a boy. And I disagree with your assessment on Safesport…their performance has been pathetic because USA Swimming and other governing bodies don’t truly support the concept.

It is a smear campaign. They don’t support the “concept?” Safe Sport is an actual organization and USA swimming and many other organizations completely support SS. Perfect, no, but what organization is?

With the implementation of MAAPS, many LSCs are rewarding teams who are Safe Sport certified and more and more athletes, coaches, parents and officials are becoming increasingly aware of not only WHAT abuse is, but HOW to identify it and what the best ways is to deal with it.

More or less is arbitrary.

It is a smear campaign. They don’t support the “concept?” Safe Sport is an actual organization and USA swimming and many other organizations completely support SS. Perfect, no, but what organization is?

With the implementation of MAAPS, many LSCs are rewarding teams who are Safe Sport certified and more and more athletes, coaches, parents and officials are becoming increasingly aware of not only WHAT abuse is, but HOW to identify it and what the best ways is to deal with it.

More or less is arbitrary.

Safesport doesn’t act on anything unless USA Swimming gives them their blessing. That hardly makes SS an independent organization. That’s why Dick Shoulberg and Murray Stephens haven’t joined their buddies Rick Curl, Mitch Ivey and Joe Bernal on the banned list. USA Swimming members, coaches and officials are paying more in dues and insurance fees and are undergoing training because of the negligence and coverups of USA Swimming staff executives and board members, some of which are still employed and serve on boards. In fact, here is an article that came out today that covers it all…. https://www.salon.com/2021/06/26/troubled-waters-usa-swimmings-struggle-to-cover-up-its-sexual-abuse-crisis/

75% of everything you spew is utter nonsense. The other 25% is hysterically bad commentary about Ray Loozer, who btw should be mentioned in the same company as Shoulberg and Murray.

yes but flip those numbers

Just a word of advice. Defamation is a thing and you can’t hide behind a screen name or second-hand information. Subpoenas work. Second, there are coaches whom you’ve lauded who Deena Deardurff said UNDER OATH (as opposed to the hearsay crap you bring up) didn’t help when she told them of abuses she alleged under Paul Bergen. She named Ray Essick, Richard Quick, Jim Montrella, Mike Troy, Eddie Reese, and Dennis Pursley. So at least be consistent. Go smear Eddie Reese and see how that works out for you.

As an aside, good ol boy in this usage is a status, not a gender (though the good ol boy network is traditionally male) – think of it as “connected insider”

Only a complete dismissal of the entire board that oversaw Chuck Wielgus and his accomplices would be adequate. That never happened so Guerra is in the right here.

Swimming Australia has come out saying they don’t have 6 reports.

“Swimming Australia is deeply concerned and understands these are grave claims.

“Let us be clear: the allegations printed in the media over the past two days are claims that we have not been made aware of, including the nature or specifics of these allegations.

“Swimming Australia has not been asked to respond to allegations before they were printed or posted.”

SA did, however, acknowledge that there have been allegations of “unacceptable behaviour” for many years that it has worked to address.

Recently Sally Hunter (Foster) has spoken out that this has raised for her past issues re:… Read more »

Mysogenist Perverts first . I don’t think weight is so critical in swimming but the sports scientists are always chasing females with those body fat callipers.. its difficult to get away from them as one needs sports science to be elite.

that could become interesting