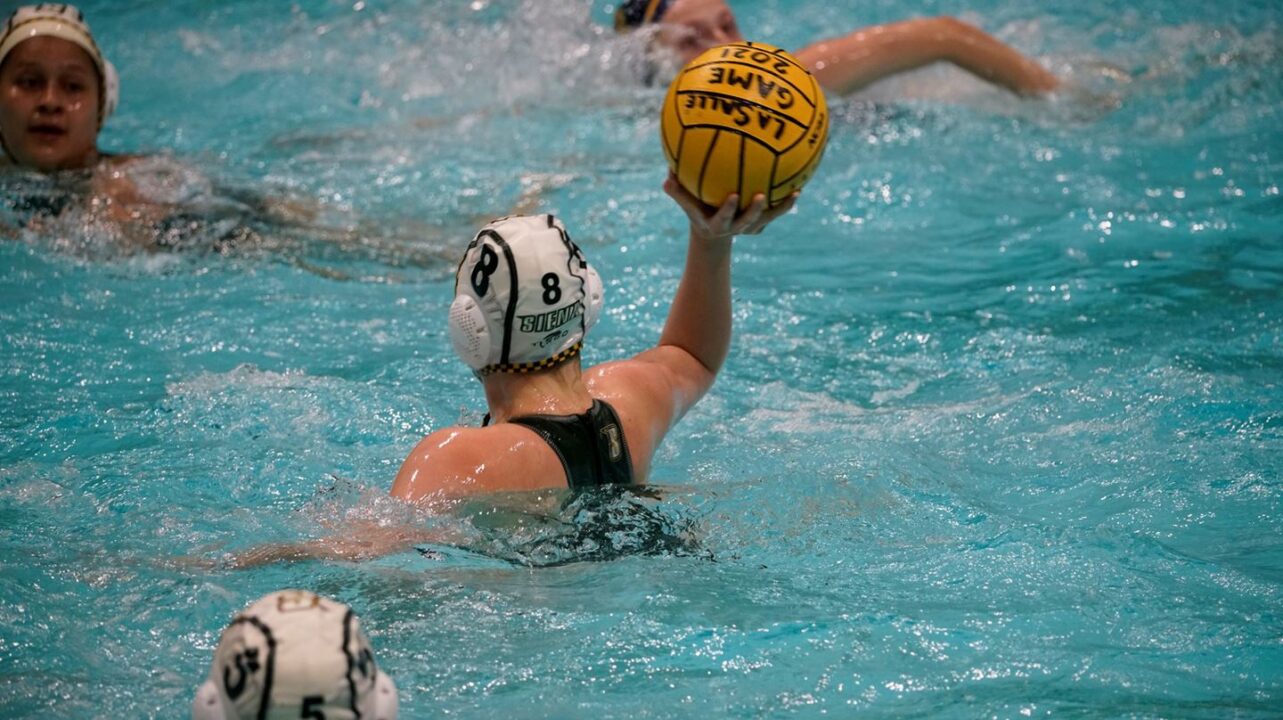 The Saints took a 13-9 loss at rival #22 Marist (6-0) at the McCann Natatorium Sunday afternoon in its final match of the year. Current photo via La Salle Athletics

Siena Water Polo (1-8) concluded the 2021 regular season by yet again battling another top-ranked MAAC opponent to the end. The Saints took a 13-9 loss at rival #22 Marist (6-0) at the McCann Natatorium Sunday afternoon in its final match of the year and sixth in the last week.

The Saints had to battle back in the second half to be competitive, with Marist scoring the game’s first five goals before senior Kristen Burger, and sophomores Lily Graham and Maggie Verduijn found the back of the net to get Siena on the board in the second quarter.

Facing a 7-3 deficit at the half, the Green and Gold strung together five goals in a period of six scored down the stretch of the third and into the fourth quarter of play, with Graham, senior Sophia Torres, and junior Georgia Vargas each chipping in. The Red Foxes scored three of the games final four goals to put away their sixth straight win, with junior Bianca Prinsloo finding the back of the net for the Saints to end the game. Sophomore Anna Mossakowski concluded an impressive campaign in-between-the-pipes, recording two saves in the loss.

Siena concludes its 2021 regular season and the 20th year of Division I competition with a 1-8 overall and MAAC record. The Saints recorded just their second-ever win over Iona and their first over a top-25 opponent with a 13-5 victory on April 24.