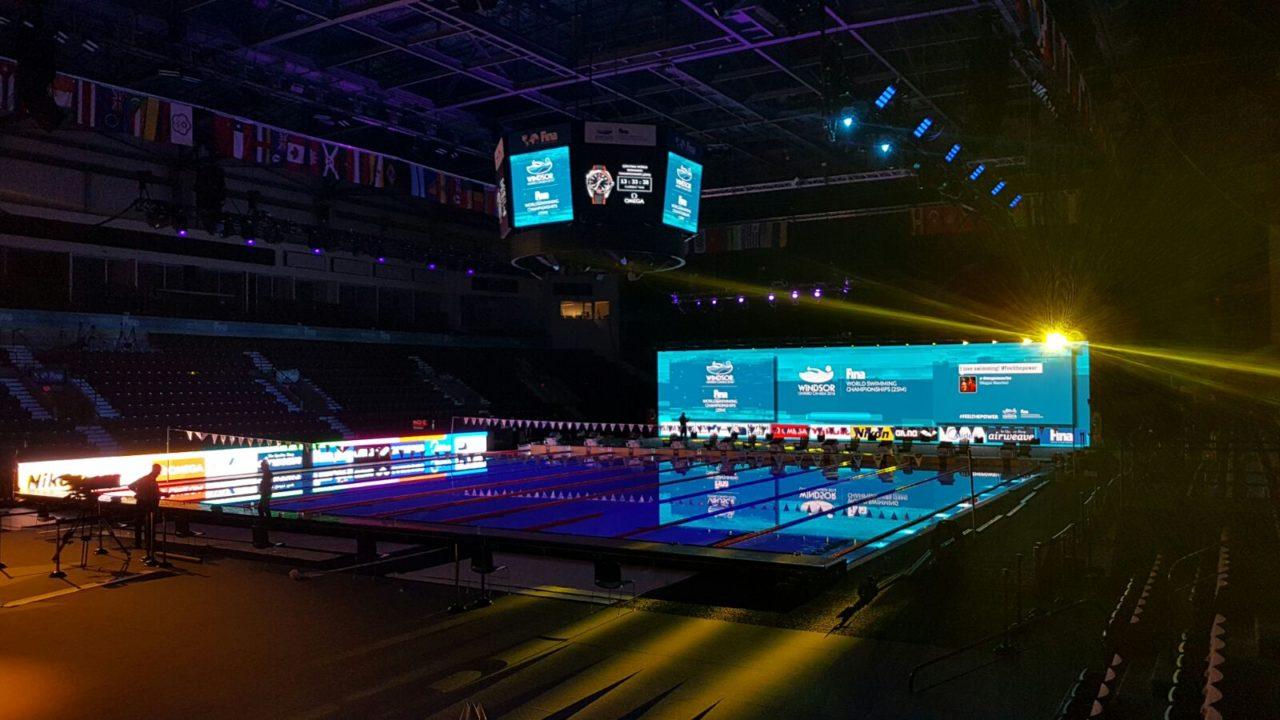 Hanna-Maria Seppälä, 5-time Olympian for Finland, has announced she will be retiring after the 2016 FINA World Short Course Championships this week. Current photo via courtesy of @finawindsor2016

Finnish Olympian Hanna-Maria Seppälä has announced that the 2016 World Short Course Championships will indeed be her final competition before she officially retires from the sport of competitive swimming. The 31-year-old freestyle specialist has competed across a monster 5 Olympic Games, including most recently as a member of her nation’s 4×100 medley relay in Rio.

Seppälä landed herself on the international swimming map way back in 2003, when she won the 100m freestyle world title at the 2003 World Championships in Barcelona.  She earned the European Championship title in the 100m IM event 4 times in a row, beginning in Trieste in 2005 and ending in Rijeka in 2008. Seppälä was also honored as being Finland’s flag bearer at the 2012 Olympic Games in London.

Most recently, Seppälä scored a new Finnish National Record, one of an estimated 100 attributed to the athlete over her long career, as a member of her nation’s 4x100m medley relay. Along with Mimosa Jallow, Jenna Laukkanen and Emilia Pikkarainen, the foursome swam a time 4:01.49 to overtake the previous national mark of 4:02.30 that stood from 2015 by these same women. Splitting a 55.09, Seppälä anchored the squad to a bronze medal finish at the 2016 European Championships in London. The same four women clocked a collective time of 4:01.61 to finish 11th overall in Rio.

According to Seppälä’s Facebook post seen below, the veteran champion says, ‘19 years of international racing has given me amazing experiences and taught me so much. Five Olympic experiences still feels amazing.’ Seppälä also highlights her being a flag bearer as ‘the most memorable Olympic moment.’ She also says she’ll miss her ‘Finnish swimming family’ and ‘network of international friends’ the most. Overall, Seppälä states she is ‘tremendously pleased with how long her swimming career has spanned.’

I’ll miss seeing her name on the entry lists. Even though she hasn’t been a global medal contender for a while, she kept going for love of the sport. Best wishes with her future plans.