SEC Athlete of the Week Honors Well-Spread Among Auburn, Tennessee, LSU, and Georgia 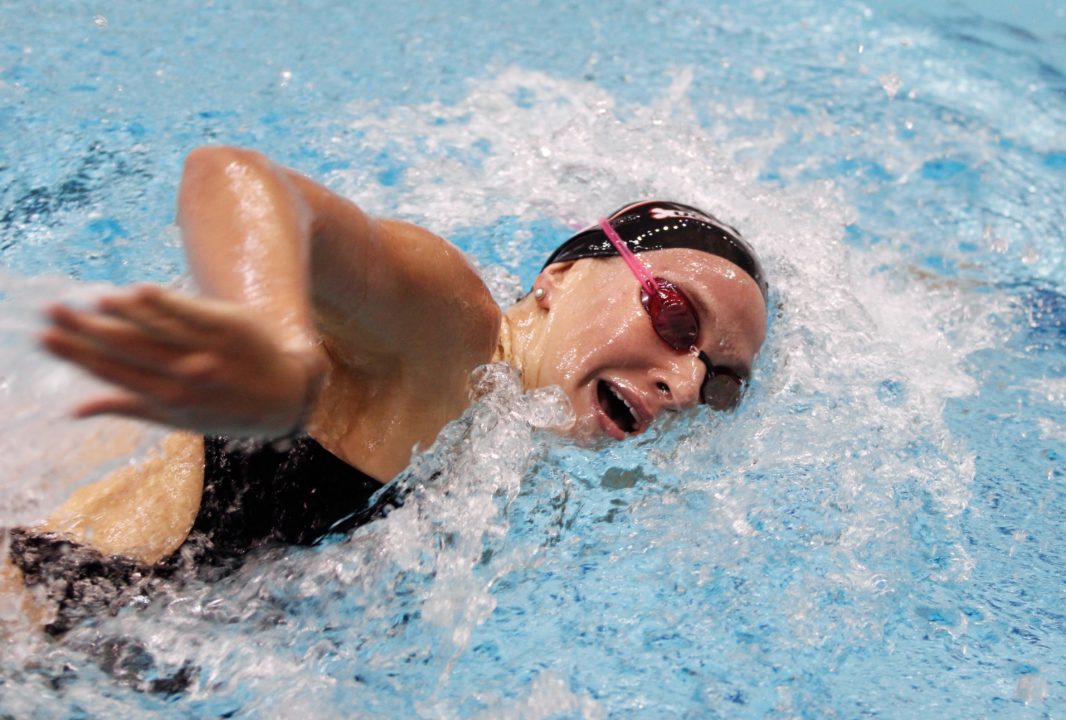 Melanie Margalis was named the SEC Female Swimmer of the Week for her efforts against Texas and Texas A&M. Archive photo via Shanda Crowe

A diverse crowd of SEC teams have earned Athlete of the Week honors for swimming and diving, with Tennessee, LSU, Auburn, and Georgia all represented among the 7 award winners.

The Male Swimmer of the week was sophomore Sean Lehane from Tennessee, who produced his season best time in the 200 backstroke of 1:44.84 and a career best time in the 200 IM of 1:51.34 as the Volunteers swept Virginia Tech and Missouri in a tri-meet on Saturday: impressive results for a mid-January meet.

The Female Swimmer of the Week honor went to Georgia’s Melanie Margalis, who helped the Bulldogs tie #4 Texas A&M and defeat #9 Texas. She, too, was a season best in the 200 back with a 1:55.99 in the 200 back. That’s not a primary event for her generally speaking, but as an IM’er it was a fantastic time for January, and reminiscent of what her male counterpart at Georgia Chase Kalisz was doing with some times in the 200 fly and the 200 back in the fall semester.

Also helping that cause is diver Laura Ryan, who is the SEC’s Female Diver of the Week, She swept the 1-meter and 3-meter springboard events against Texas and Texas A&M, posting season-highs in both events against Texas. Winning four events in two days is impressive enough, but competing against a Texas women’s squad that has one of the best diving crews in the country, and an A&M squad that is young and talented, is a big accomplishment.

The Male Diver of the Week award went to Sean McKinney from LSU. He broke the school record on the 3-meter springboard against Oklahoma Baptist, bettering his own mark from the fall semester with a 425.70.

Three swimmers shared two Freshman of the Week awards. On the men’s side, it was a split between Georgia’s Taylor Dale and Auburn’s Joe Patching. Dale won the 100 back against both Texas A&M and Texas over the weekend in times of 48.92 and 48.34, respectively. In that second meet, he beat-out superstar freshman Jack Conger of Texas for the win by just over a tenth of a second.

Patching, also a backstroker, won the 100 back in a weekday dual against Texas, which is his career-best time outside of Auburn’s mid-season invite. He also won the 400 IM in 3:54.17: the first time he’s swum that race in yards. He too beat Conger in the 100 back, as well as another very good Texas freshman Austin Vacek in the 400 IM.

Margalis’s versatility is truly impressive, perhaps equaling or even surpassing that of her brother Rob!!