Sebastian Takes The 200 Breaststroke At The South American Championships 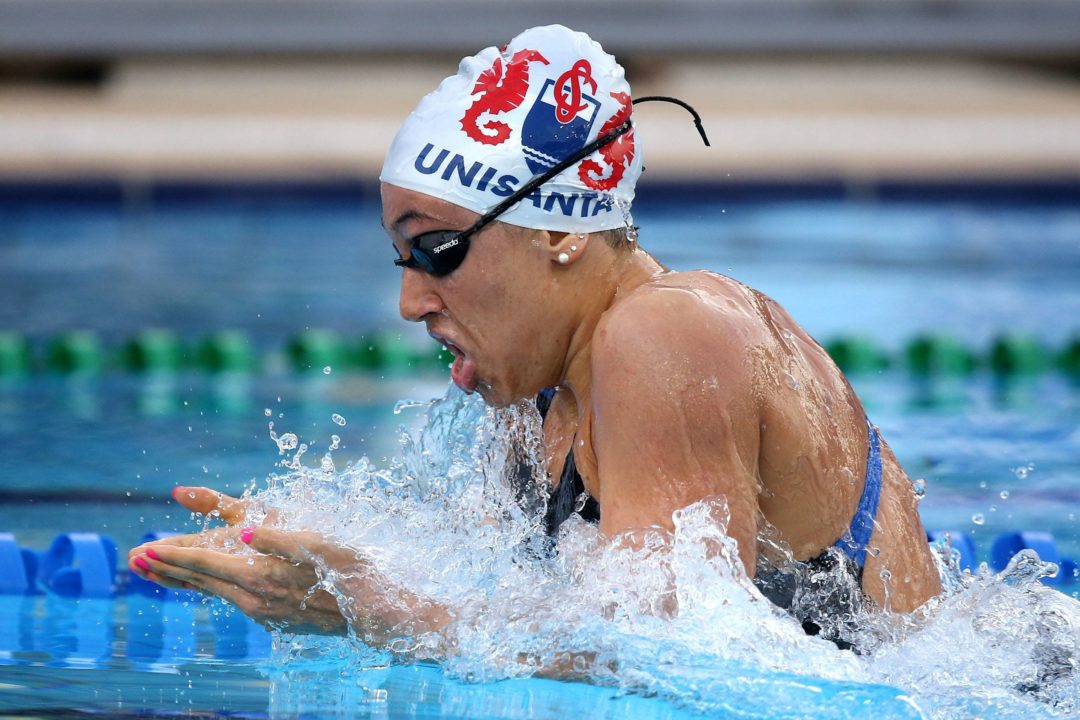 Julia Sebastian of Argentina took the women's 200 breaststroke in a new national record time of 2:28.25... Current photo via Satiro Sodre/SSPress

The third evening of the 2014 South American Swimming Championships in Mar del Plata, Argentina was highlighted by Julia Sebastian of the home country setting a new national record in the women’s 200 breaststroke. Sebastian, who set a mark of 2:28.35 in May, broke her own record winning the 200 breaststroke title in a time of 2:28.25, almost eight seconds ahead of the next competitor.

The home crowd was also delighted to see Argentinean Virginia Bardach collect her third gold of the competition winning the 200 butterfly in a time of 2:15.25. Bardach also took home gold in the 200 and 400 IM in the first two days of the competition.

Federico Grabich of Argentina also became a multiple gold medal winner taking home the top prize in the men’s 50 freestyle posting a time of 22.78, adding to the gold that he won last evening in the men’s 100 backstroke.

Coming into the evening the Brazilians led the gold medal count having collected 11 over the first two days. By the end of the events on Saturday evening they added another six to that total.

Esteban Enderica Salgado of Peru took his second event of the competition winning the men’s 1500 freestyle in a time of 15:17.15.