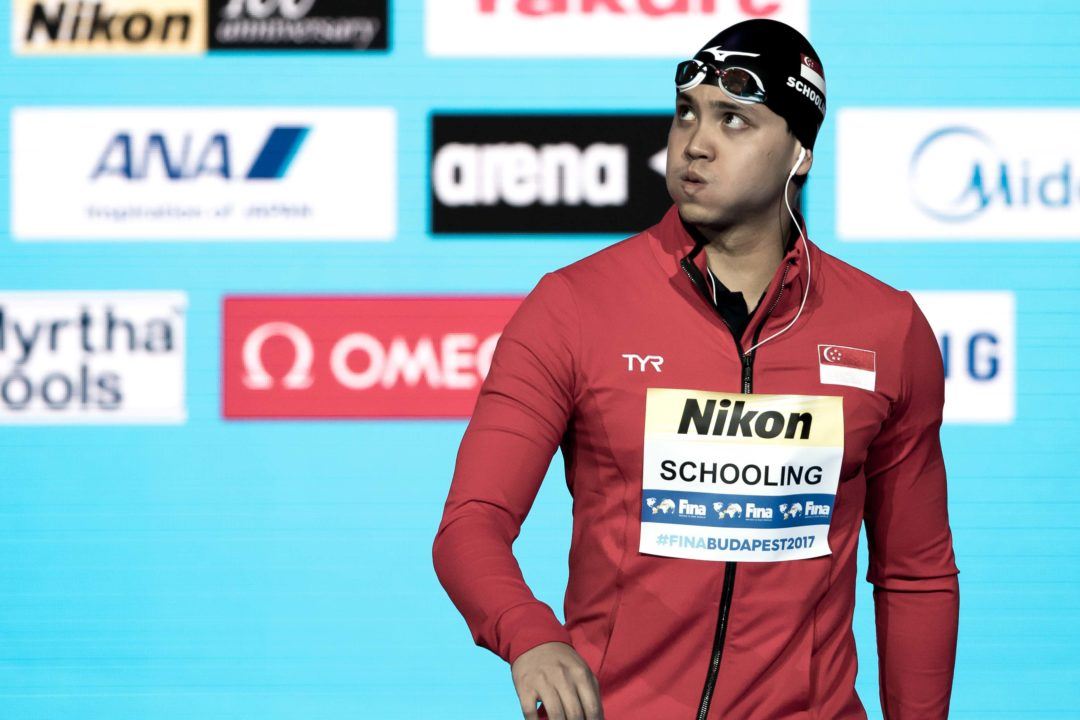 Joseph Schooling is putting an emphasis on relays this time around at the Asian Games set for August. Archive photo via Mike Lewis/Ola Vista Photography

A total of 462 gold medals across 40 sports will be up for grabs at the 2018 Asian Games this summer and Olympic champion Joseph Schooling will be vying for 5 of them. The former Texas Longhorn leads Singapore’s biggest ever delegation to the Games, which take place August 18th to September 2nd in Indonesia, with his home nation of Singapore sending 246 athletes across 22 sports.

Schooling is slated to swim 5 events at the competition, entered in the 100m freestyle, 50m fly and 100m fly, as well as the 4x100m free and 4x100m medley relay events. The 22-year-old has reportedly dropped the 200m fly from his Asian Games line-up, an event in which he scored bronze behind Japanese swimmers Daiya Seto and Kento Hirai at the 2014 edition of the Games.

Speaking to TODAY Singapore this week, Schooling said he had requested to be included on Singapore’s relay teams as he wanted “to help out as much as I can”.

He stated. “My goal for Asian Games is to do my best for the country, bring glory to Singapore and helping out the younger kids, we have a young team and I’m super excited particularly for the relays.”

Dressel is definitely not among ‘most of them’. Another exception is Cavic.

And actually, none of the sub-23 50 flyers apart from Joseph Schooling has ever swum a sub-2 min 200 fly.

The other tip-off for you should have been his past two NCAA 200 flys —- and those were SCY.

Bummed he doesn’t like the 200 Fly anymore, but he should swim what he thinks is best for himself and his team. Good for him.

Mr Seto will be happy with that News …..

His main competitor is his compatriot, the junior swimmer Nao Horomura who went 1:53.79 in their trials.

I doubt he cares whether or not schooling swims it. His pb is 1:55 high and hasn’t been relevant in the event in 3 years.