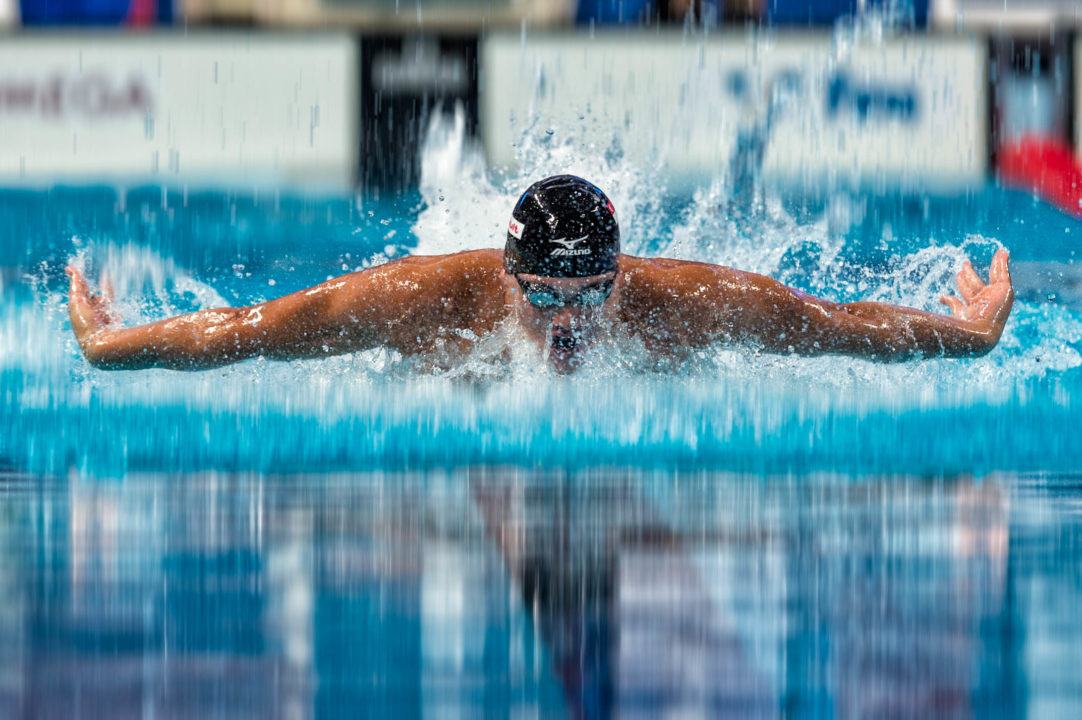 Joseph Schooling and Theresa Goh were recognized by the Signaporean government for their outstanding achievements in Rio. Archive photo via Mike Lewis/Ola Vista Photography

Recognizing their respective notable achievements at the 2016 Olympic Games and Paralympic Games in Rio, Singaporean swimmers Joseph Schooling and Theresa Goh were each honored with National Day Awards by their nation’s government.

Of the recognition, Schooling stated earlier this month, “It is a great honour to receive this award. My Olympic gold medal is the culmination of not only my hard work all these years, but also the strong support from my family and friends, partners and the sports fraternity in Singapore.”

“It is an achievement that everyone shares a part of. This award recognition motivates me to keep working hard and I will continue to do my best to fly our Singapore flag high on the world stage.”

For her part, Paralympian Goh was awarded the Public Service Star, not only for her bronze medal-winning performance in Rio, but also for her ‘tremendous spirit of resilience and her perseverance in the pursuit of sporting excellence.’

Goh said of her award, “It’s a truly great honour to be conferred the Public Service Star as it serves as an encouragement and recognition of the hard work by the people who’ve helped me get to where I am today.”

Grace Fu, Singaporean Minister, congratulated each athlete, commenting that “The National Day Award is a well-deserved recognition of their contributions to sporting excellence and for their impact on society, particularly with the youth.”