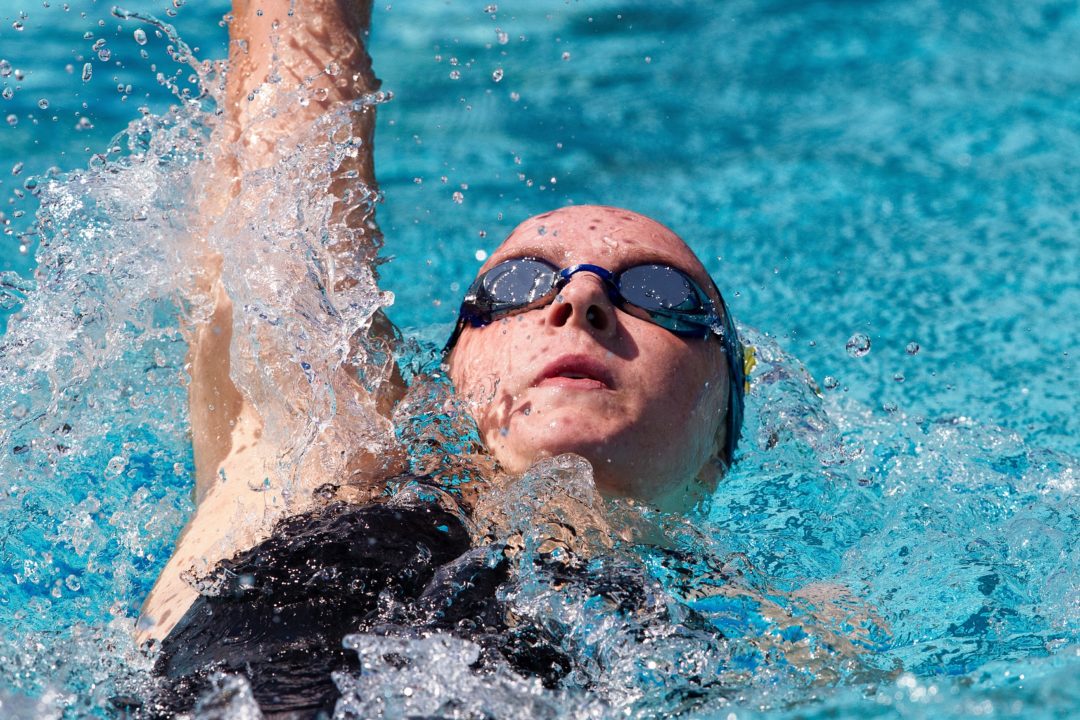 At the PVS Junior Olympics (results), 12-year old Cassidy Bayer sat out the 200 fly finals on Saturday night, instead choosing to try some other races rather than break the record for the third consecutive weekend. She did win the 11-12 50 back in 31.66. Meanwhile, FISH swimmer Isabelle Rongione first won the women’s 200 IM in 2:25.89. She came back later in the 200 free, a stroke that is her specialty, and won in 2:07.48. That’s a best time for her and moves her to 15th on the all-time 200 free list for 11-12’s. That’s a new Patomac ValleyRecord for the 800 National Record holder, and shows improving speed. Other great swims include Sofie Davis in the 10 & under girls’ 100 breaststroke in 1:26.53. That ranks her among the top 10 in the country in her age group this year.

At the Middle-Atlantic Senior Championships (results), 14-year old Allie Szekeley from Central Bucks won the women’s 200 IM in 2:16.29, ahead of the Delaware Swim Team’s Kaitlyn Jones in 2:18.46. Jones has swum a big schedule at this meet, and on Saturday won the women’s 100 back in 1:03.61. One would presume this is still considered a “training meet” for her as she runs up to the U.S. Open, but overall through a tough event lineup has performed very well. The Suburban Seahawks’ Valerie Yoshimura won the women’s 100 fly in 1:03.14. Yoshimura was 2nd in the 50 free earlier in the meet. Hershey Aquatics’ Philip Mancuso, who is going to be a Penn State Nittany Lion next season, cut 1.3 seconds off of his personal best in the men’s 100 fly to win in 56.26. The Penn State men’s program continues to get better-and-better; hopefully the University goes through with plans for a new facility to support the great recruits coming in.

I like the triple 400 IM/400 free/1500 free of Isabella Rongione during the same session on Saturday. She loves swimming.
And you have forgotten to mention that Allie Szekely has swum the 100 fly and the 100 back before the 200 IM so 2.16.29 isn’t a bad time. I repeat when she will grow, when she will have muscles and when somebody will buy her a modern suit she will swim incredible times. I hope we will see her at the junior national championships.