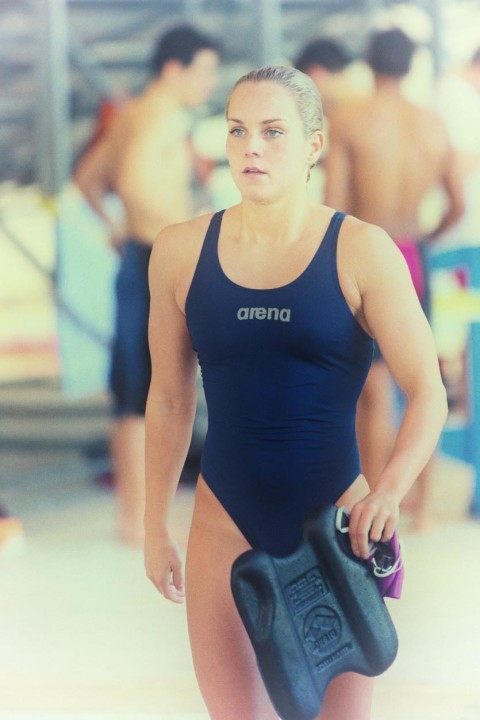 Sasha Touretski took part in her first meet back in the water since the death of her legendary coaching father Gennadi Touretski. Archive photo via “Rafael/Domeyko Photography”

In her first meet back in the water since the death of her legendary coaching father Gennadi Touretski, 25-year-old Sasha Touretski took part in Swiss Swimming’s ‘Restart Meeting’ over the weekend.

New NC State commit Noe Ponti clinched the top prize in the men’s 50m fly, logging a time of 24.21. That held off a charging Maxim Lobanovszkij, who touched .31 later in 24.52.

Lobanovszkij owns the Hungarian national record in the short course version of the 50m free, carrying a lifetime best of 20.68 from the Hungarian National Championships last December. His long course PB rests at the 21.79 put up in March of last year.

Sasha, my deepest condolences over the passing of your dad. He is cheering for you from above. Swim strong and continue working hard. You will medal at the 2021 Olympics.