Sarah Gibson Doubles Up On Friday Of Shenandoah Sectional Championships 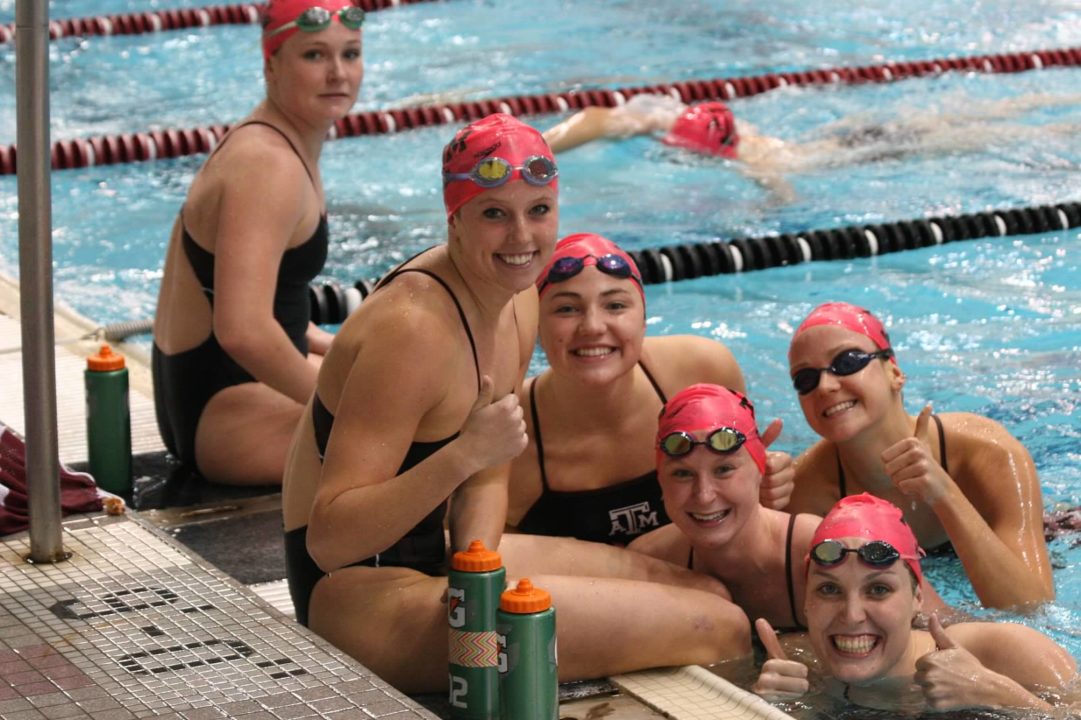 The action continued in Texas at the Shenandoah Sectional Championships with the 100 backstroke, 400 freestyle, 100 breaststoke, and the... Archive photo via Courtesy of Liz Dittmer

The action continued in Texas at the Shenandoah Sectional Championships with the 100 backstroke, 400 freestyle, 100 breaststoke, and the 100 butterfly.

Alex Nickell and Cory Loria raced to the end in the men’s 400 meter freestyle. Nickell just edged out Loria for the win with his time of 4:01.73. Loria earned second with a 4:01.76.

Sarah Gibson claimed her second win of the day with a time of 1:02.42 in the women’s 100 butterfly. She won the women’s 400 freestyle earlier. Meaghan Wisenbaker finished second at 1:02.81.

The final event of the day, the men’s 100 butterfly, was won by Alexander Handcock with his time of 54.82. Gray Umbach finished second with a 55.56.

Full meet results can be found on Meet Mobile.