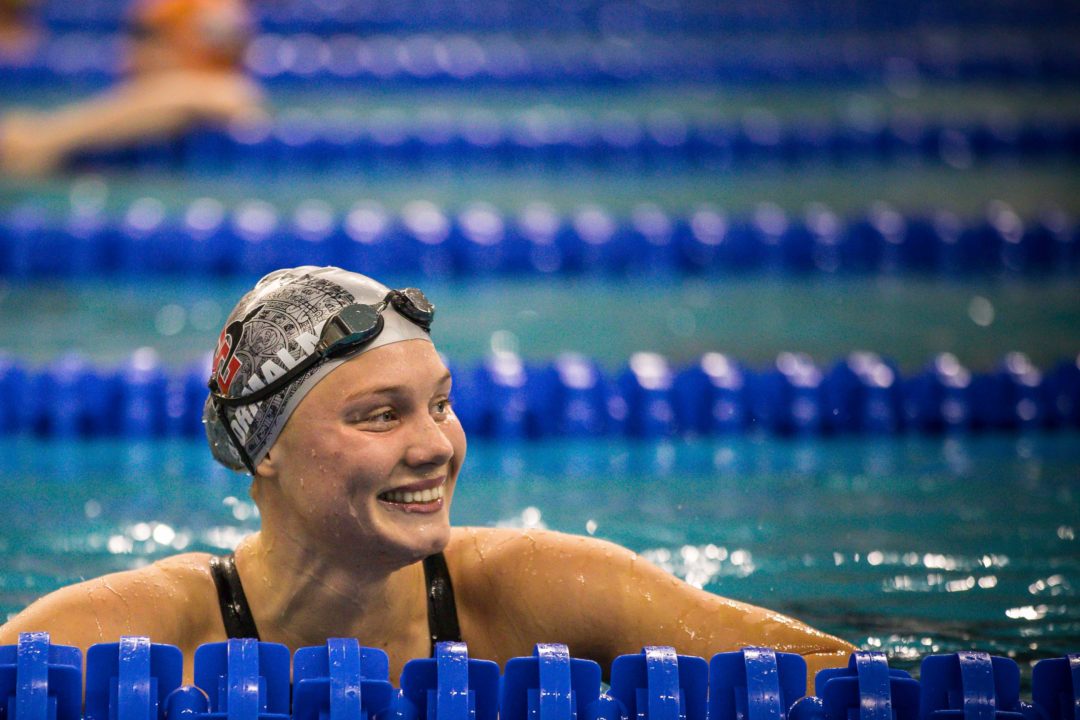 COLORADO SPRINGS, Colo. – San Diego State swept the 2020 Mountain West Swimming and Diving individual honors as Klara Thormalm, Ximena Lechuga Gonzalez, Mike Shrader and Roland McDonald all garnered accolades, as voted on by all 10 league head coaches. Thormalm and Lechuga Gonzalez were tabbed Swimmer and Diver of the Year, respectively, while Shrader was named Swimming Coach of the Year and McDonald earned Diving Coach of the Year.

It marks the second consecutive yearly honor for Lechuga Gonzalez, Shrader and McDonald. Additionally, this is the first time since 2014-15 that a school has swept all four awards (Nevada).

SWIMMER OF THE YEAR

DIVER OF THE YEAR

Ximena Lechuga Gonzalez, So., San Diego State: Second consecutive Diver of the Year honors… First Aztec in school history to repeat the honor in the Mountain West and only the second SDSU diver to win the award… Earned All-Conference honors in all three diving disciplines, 1-meter springboard, 3-meter springboard and platform dive… Placed in the top three in the 1-meter (third), 3-meter (first) and Platform (third) at the MW Championships… Tallied the top scores in the league in the 1-meter (327.15) and 3-meter (383.03)… Only MW diver to qualify for the NCAA championships on both the 1-meter and 3-meter dive.

SWIMMING COACH OF THE YEAR

Mike Shrader, San Diego State: Second consecutive Swimming Coach of the Year honors… Sixth time in Conference history Shrader has earned the award, the most in MW history… Led the Aztecs to the 2020 Mountain West Swimming and Diving title with a MW record 1,463.5 points… San Diego State won 13 of the 18 swimming events at the MW championships… Coached 12 All-Conference individual and five relay honorees.

DIVING COACH OF THE YEAR

Roland McDonald, San Diego State: Second consecutive Diving Coach of the Year honors… Only the second time in Conference history an Aztec has garnered Diving Coach of the Year… Coached two All-Conference honorees in Ximena Lechuga Gonzalez and Marie Yacopino… Lechuga Gonzalez finished in the top three of all diving events at the Conference championship, including a first-place finish in the 3-meter springboard.