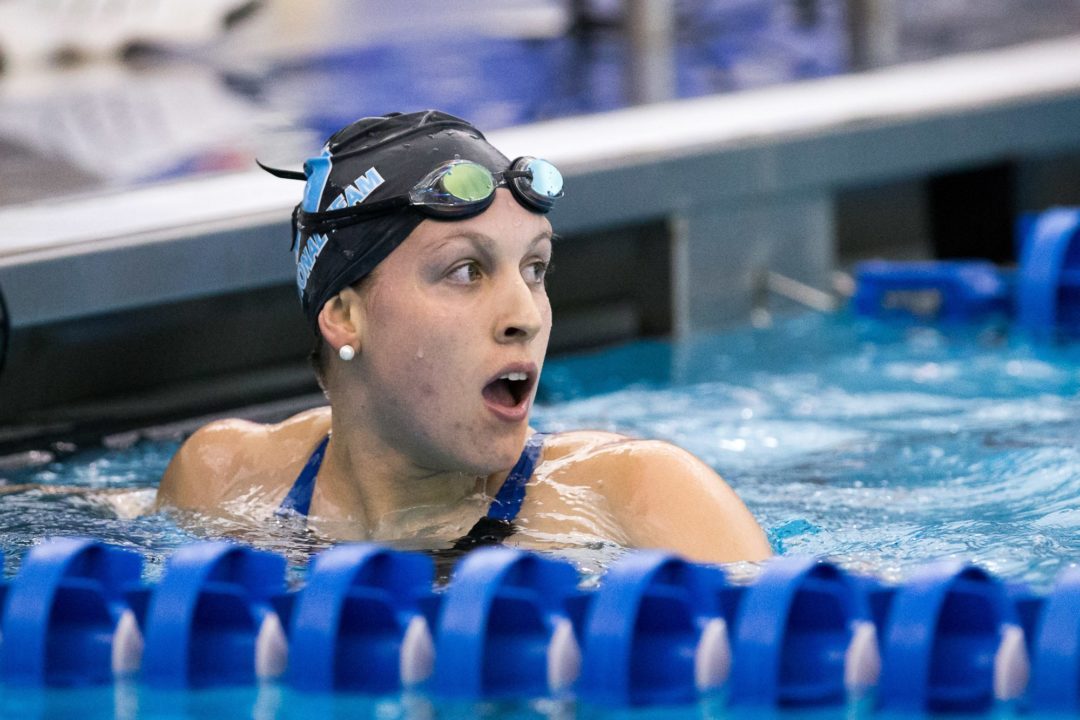 By way of solid individual swims and relay performances, Stevens proved to be an integral part of her Valkyries team’s decisive women’s state title win this past high school season, its 26th in the program’s history. For her part at the state meet, Stevens scored a first place win in the women’s 500y freestyle, an event in which she currently holds the Kentucky state record from 2013, and was also runner-up 200y freestyle contest.  The senior was a speeding ace on her team’s winning 4 x 50y freestyle and 4 x 100y freestyle relays, helping the squad score a new state record in the 4 x 50 event.

Stevens, who trains with Louisville’s Lakeside Seahawks club team, is a USA Swimming Junior National Team member in the 800 free, 200 IM and 400 IM and swam on the American team at the 2014 Junior Pan Pac Championships in 2014.

As the #19 high school recruit out of the class of 2015, Stevens committed to Stanford for the 2015-16 season.  She will be joining, among others, Katie Ledecky (deferred) and Ella Eastin as Stevens continues to see her swimming career progress exponentially.