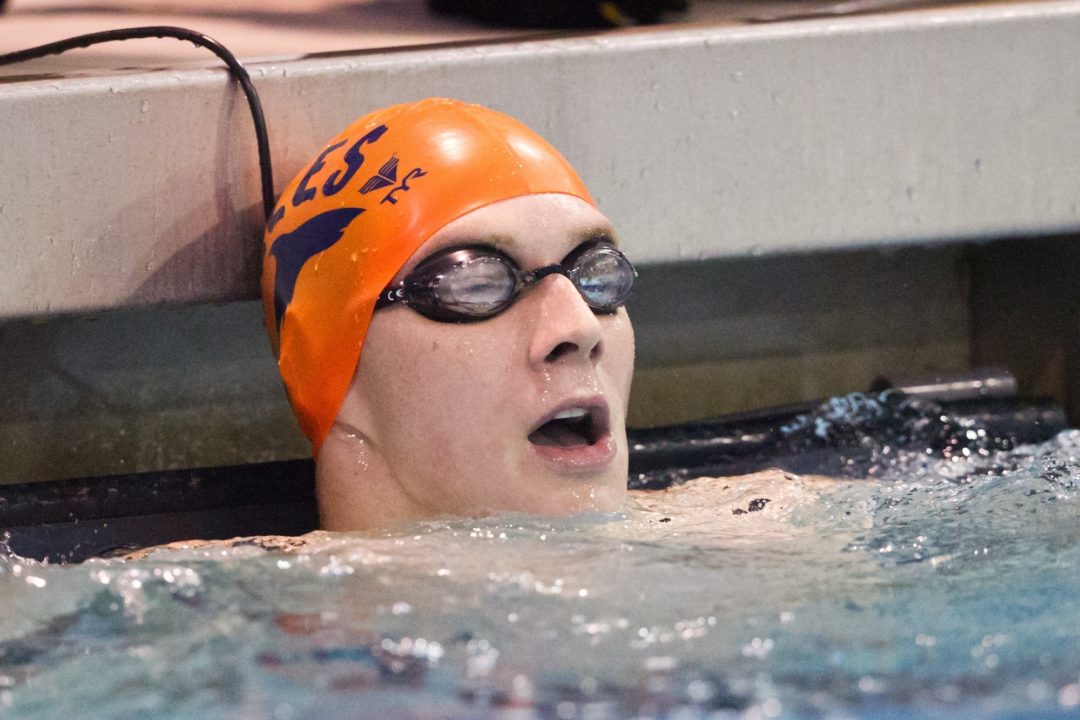 Ryan Murphy has made his selection, as he will go where the grass is greenest. (Photo Courtesy: ©Tim Binning/TheSwimPictures.com)

Standout senior Ryan Murphy from the Bolles School in Jacksonville, Florida has made his college decision: and it comes as no surprise that he has decided on Dave Durden’s defending champions from Cal.

Murphy is best known for his exploits as a backstroker, where he is the holder of 8 out of a possible 18 National Age Group Records in backstroke (he only just recently turned 17, meaning he hasn’t gotten a fair crack at the 17-18 records yet). Last summer, he really impressed by finishing 4th at the U.S. Olympic Trials in the 200 backstroker, cracking another one of Aaron Peirsol’s all-time bests.

“I am very relieved that my decision is made,” Murphy said. “I took five recruiting trips, which were all incredible experiences, but exhausting.  In the end, after careful reflection on what is the most important to me, I chose Cal Berkeley.  I believe that the coaches and athletes at Cal will provide me with the most competitive training environment.   The coaches are amazing and the team shares my goals of being an Olympian.

“I am so grateful for the positive relationships I formed through this process.  The coaches and athletes that I got to know are special individuals!”

But what’s really underrated is how well-rounded of a swimmer he is, with three other National Age Group Records to his credit.

We’ll start with his backstroke times, though. In yards, he’s been 46.72 and 1:40.90. For reference, that time in the 200 backstroke would have placed him 3rd at last year’s NCAA Championships already; he and Stanford’s David Nolan should have some great battles over the next two years.

The scary thing is that Cal is already at the eptiome of the sport, having turned out the last two NCAA Championship teams. They already have one very good backstroker for Murphy to train with in 2012-2013 freshman Jacob Pebley, plus at least a year of Marcin Tarczynski and Auburn transfer Tony Cox. A sleeper in this group is sophomore Jeremie DeZwierk, a transfer from Columbia who was the Ivy League Champion in the 200 back last year.

Suddenly, in just two recruiting classes plus some transfers, the backstrokes have gone from a weakness for Cal to a big strength.

With Tom Shields graduating, Murphy will immediately have the opportunity to fit into that “do-everything” role for this team that Shields took on very early in his career. We rated him as our #2 recruit in the class, though just barely.

As they say, the rich get richer. All eyes now turn to Conger and where he’ll end up.

Awesome news for the Bears and for Murphy! Welcome to Berkeley!

Congrats little bro! Can’t wait to see you swim for the Bears!