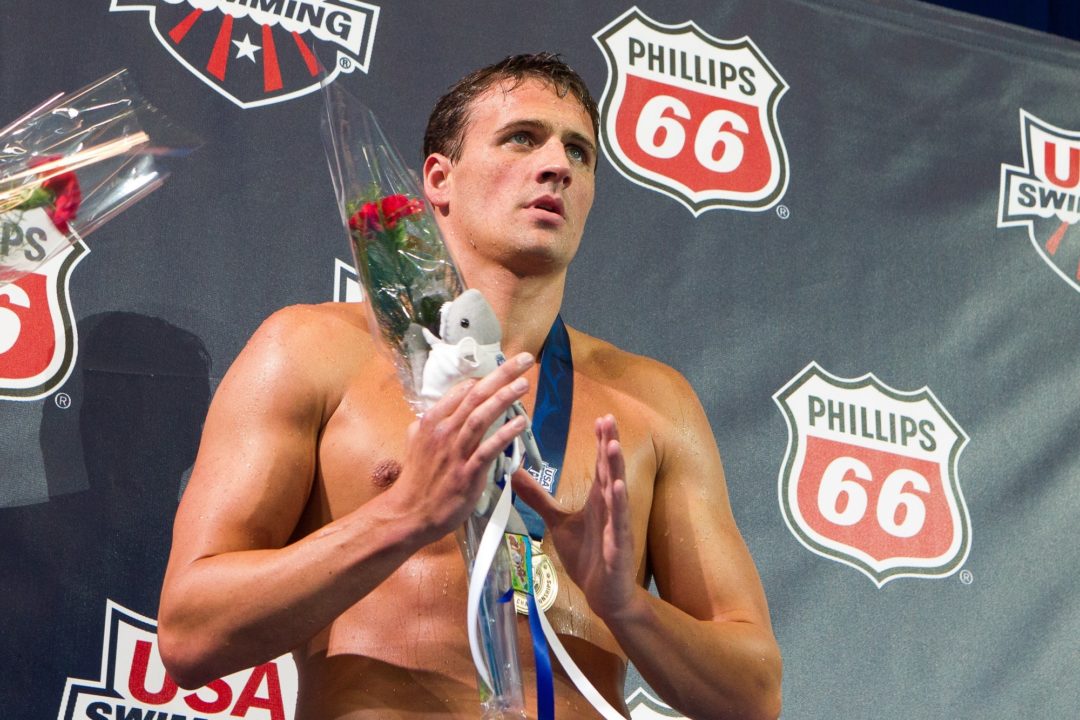 Ryan Lochte is partnering with Yogurtology to raise (at least) $20,000 for charity. photo via Tim Binning/TheSwimPictures.com

In a release by Jenn Greacen of the Clear Agency, it was announced this week that Ryan Lochte will be debuting and sponsoring exclusive new flavors of frozen yogurt shop Yogurtology in his home-for-the-last-decade Gainesville, Florida.

On September 28th, Lochte will be at the Gainesville Yogurtology store meeting customers, perhaps serving a bit of ice cream, and most importantly raising a significant amount of money to support Lochte’s personal charities: Parent Project Muscular Dystrophy and the Mac Crutchfield Foundation.

Lochte has been a long-time supporter in the fight against the Duchenne form of muscular dystrophy. The disease is a crippling physical ailment that leaves most victims wheelchair dependent by age 12, and an average life expectancy of just 25 years old. Around 1 in 3,600 boys are born with this gene mutation.

The big party in Gainesville will coincide with a nation-wide launch at 13 Yogurtology stores in Florida and Arizona, with the company pledging to donate $20,000 to Lochte’s charities (and the potential to raise even more).

“Community is at the heart of the Yogurtology brand. With Ryan Lochte, we saw the opportunity to really make an impact in not only the Gainesville community, but that of his charities,” says Jaclyn Levy, Director of the Yogurtlands in Florida, said.

Of his new partnership, 5-time Olympic gold medalist Lochte said “I’m proud to partner with a brand that not only values giving back, but rewards giving back. It’s cool to know that anyone near a Yogurtology location can help PPMD and the Mac Crutchfield Foundation just by eating frozen yogurt.”

The first flavor will be “Lochte Lemon Drop,” with “Champion Chocolate Fudge Brownie” coming out on October 5th.