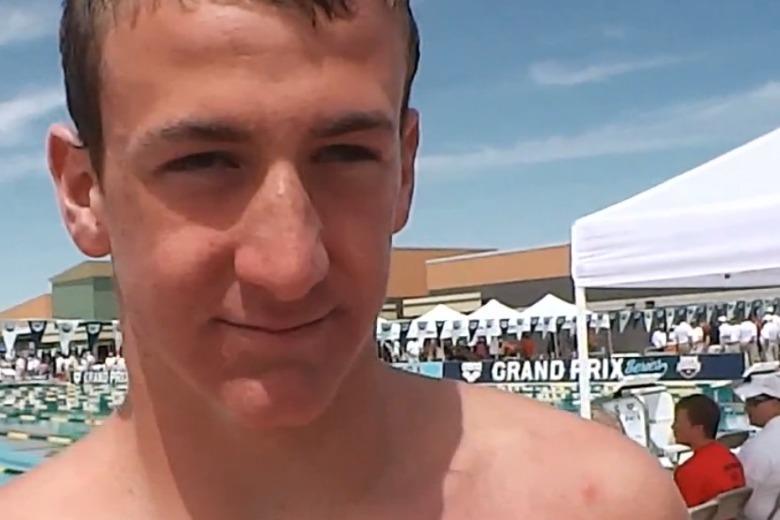 Ryan Hoffer of Chaparral High School in Arizona has broken the National Age Group Record in prelims of the Arizona High School Division I State Championship on Friday.

The 15-year old freshman was an unbelievable 19.55 in prelims, which breaks Caeleb Dressel’s 19.82 set just a year ago in Florida.

He trains in club for the Scottsdale Aquatic Club, and despite just turning 15 at the end of the summer, blew away Dressel’s record. That’s really quite scary, given how impressive Dressel’s 2012-2013 season was at 16 years old.

Update: Hoffer then ledd off Chaparral’s 400 free relay with a 43.87. That was about six-tenths shy of Dressel’s record.

Finals for the meet will be held on Saturday.

Seen this scenario many times. One swimmer makes a breakthrough, and many others follow. Thanks to Dressel for making the breakthrough and congrats to the many other who follow the lead!

Who is Hoffer’s coach(es)? Let’s give them credit too!