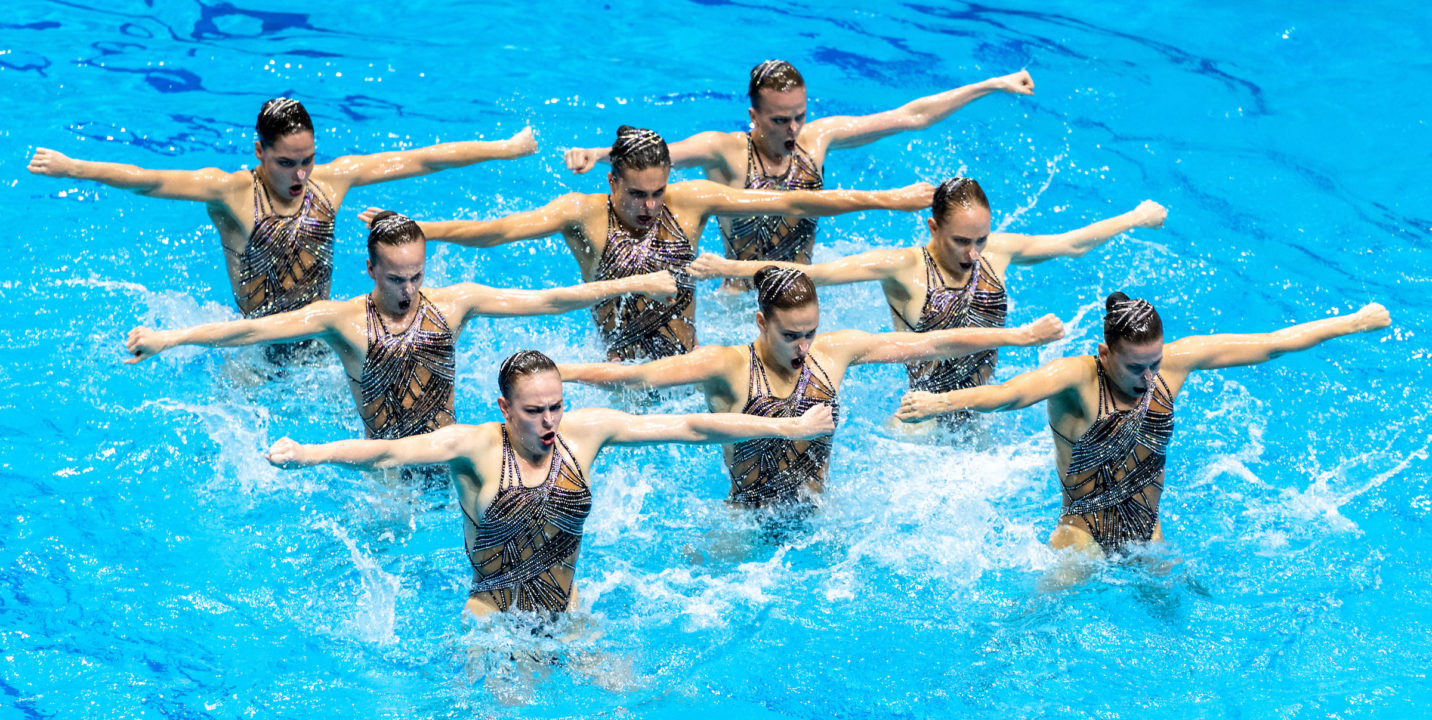 Team Russia stood out by winning most of the events on the World Youth program, namely the Solo, Duet, Team, Team Free Combination and Figure sessions. Current photo via Giorgio Scala/Deepbluemedia 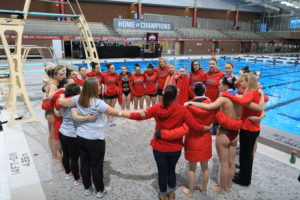 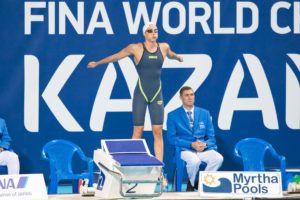 The 1st ever edition of the FINA World Youth Artistic Swimming Championships 2019, in which about 330 promising artistic swimming athletes aged between 13-15 years old took part, came to an end in Samorin (SVK) on Sunday September 1 after five days of demonstration of elegance and highly athletic skills.

Similarly to the senior competition, team Russia stood out in Samorin by winning most of the events on the program, namely the Solo, Duet, Team, Team Free Combination and Figure sessions.

Violetta Evenko/Diana Mirgazizova of Russia dominated the Duet event by accumulating a strong 87.2000/167.9686 points. Ukraine and Spain also secured the silver and bronze medals at stake in this event with Sofiia Sereda/Anastasiia Soldatenkova (84.0668/163.0325) and Mercedes Diaz/Alba Garcia (82.2332/159.3244) respectively.

The Russian girls impressed in both Team events as the respectively got 87.9332/168.9158 points in the Team and 88.0000 points in the Free Combination. The Ukrainian and Spanish teams settled for silver and bronze once more (scores below).

Russia’s Victoriia Rodionycheva was the best in the Figure session with 82.7765 points, while teammates Anna Sokolova (82.5922) and Daria Kirsanova (82.4784 4) followed closely.

. Russia has been at the top since winning gold in Sydney ,. Always spectacular , always immaculately presented & almost always beauties even underwater .