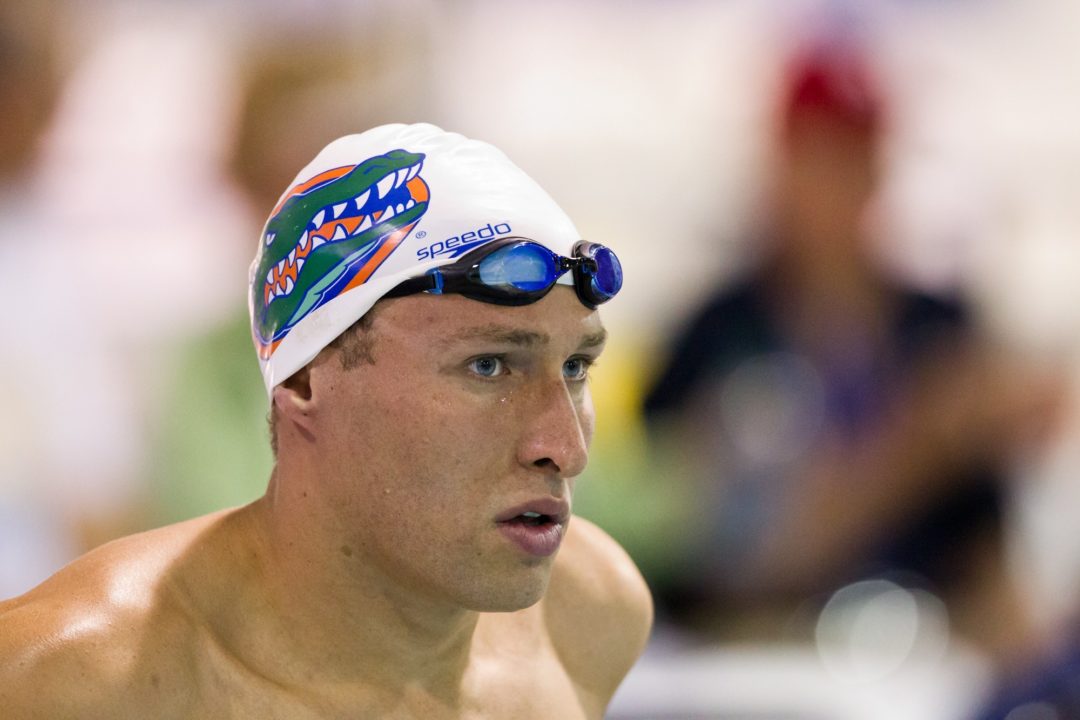 Day 3 of the 2013 U.S. Open in Irvine, California continued the hot swimming that we’ve seen all week both from the Americans and the internationals.

First, in the women’s 400 IM, Texas A&M’s Sarah Henry and Bluefish Swim Club 17-year old Brooke Zeiger but up matching 4:42’s to take the top two seeds out of prelims. They will be joined in the final by Kery McMaster from Australia (4:44.7) and Pleasanton’s Celina Li (4:45.84) in the middle lanes tonight.

The men’s 400 IM had even better swims, as South African Sebastien Rousseau, who trains with the Gator Swim Club in Florida, took top honors in 4:16.26. That’s a very good result for him, but expect that he can still knock off another few seconds in finals, especially if he pushes his front-half a little harder.

Gunnar Bentz, who’s trying to hold on to his spot on the Junior World Championship Team this week and next, is the 5th seed in 4:21.04. That makes him the top-ranked junior, though it was three-plus seconds shy of his swim from the World Championship Trials.

And finally, the men’s 100 fly will see a very deep field with all eight competitors falling within a range of exactly one second. They were led by Tim Phillips, who was 52.21 for the top seed: identical to the time that he went in prelims at the World Championship Trials. He was followed by Kyler van Swol in 52.58, and a tie for 3rd between the lone international A-Finalist, Jason Dunford and Tyler McGill, swimming his last major meet before becoming a coach at Auburn. They both were 52.60.

Scrolling way down the rankings, in 38th place was 14-year old professional swimmer Michael Andrew in 54.98. That’s a best time for him in his first swim of this meet, and ranks him 3rd all-time in the 13-14 age group (eight-tenths of a second ahead of the now-4th-ranked Michael Phelps). That still leaves him a ways away from the Junior Worlds or Junior National Teams, but this is the biggest meet that Andrew has swum at, and going a best time by a second-and-a-half in his first swim is a positive start as he prepares for his best event, the 50 free.

Michael Andrew wil have a couple more chances to get on the junior team because he is also listed on the jr.nats. psych sheet.His fly time is pretty close to the 13-14 record I think.