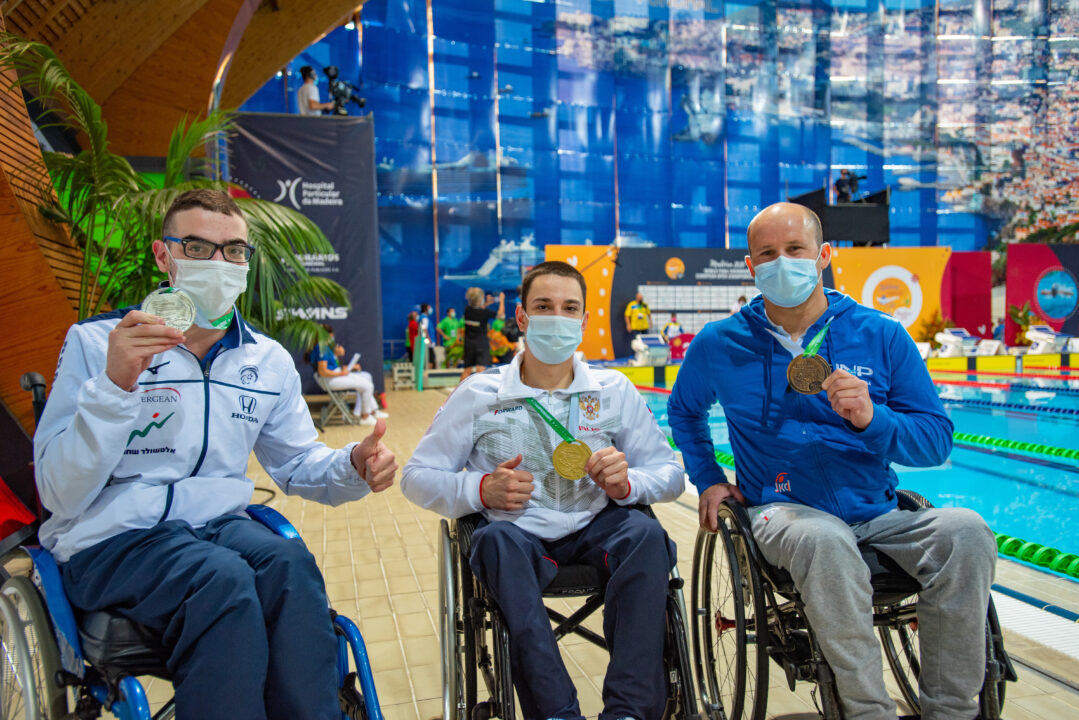 Russia's Roman Zhdanov won the men's 150IM SM4 final with a time of 2:22.38, breaking the World Record set by Cameron Leslie of New Zealand in 2016 by .74. Current photo via International Paralympic Committee

At least one World Record has been broken each day at the 2021 World Para Swimming European Championships and Russia’s Roman Zhdanov kept that streak alive on day three in the Men’s 150IM SM4 final. The race consists of a 50 of each stroke, except for butterfly, and is swam in IM order. Zhdanov won the event handily, touching the wall first with a time of 2:22.38 to set the World Record.

Our first WORLD RECORD of the night! 💥

🇷🇺 Roman Zhdanov takes on the clock and wins in the men's 150m individual medley SM4.

The Americas Record in the men’s 100 breast SB14 was broken twice on day three by two different swimmers. In prelims, 16-year-old Joao Pedro Brutos de Oliveira posted a time of 1:07.61 to snag the top spot going into finals and crack the record. But it was his Brazilian teammate Gabriel Bandeira who took home gold in the final, going a 1:06.31 to crush Oliveira’s hour-old record.

This is Bandeira’s third Americas Record in three days. He showed some serious closing speed, snagging the win by .42 ahead of Brutos de Oliveira who finished in 2nd place.

In the women’s 100 breast SB14 final, Spain’s Michelle Alonso Morales came within .26 of her own World Record from 2016. She won with an 11 second lead over the field, racing herself and the clock for the last 50 meters.

The team standings are almost identical to yesterday’s, except that Hungary has earned a total of five gold medals to earn a spot in the top 5, bumping Germany to 6th place.