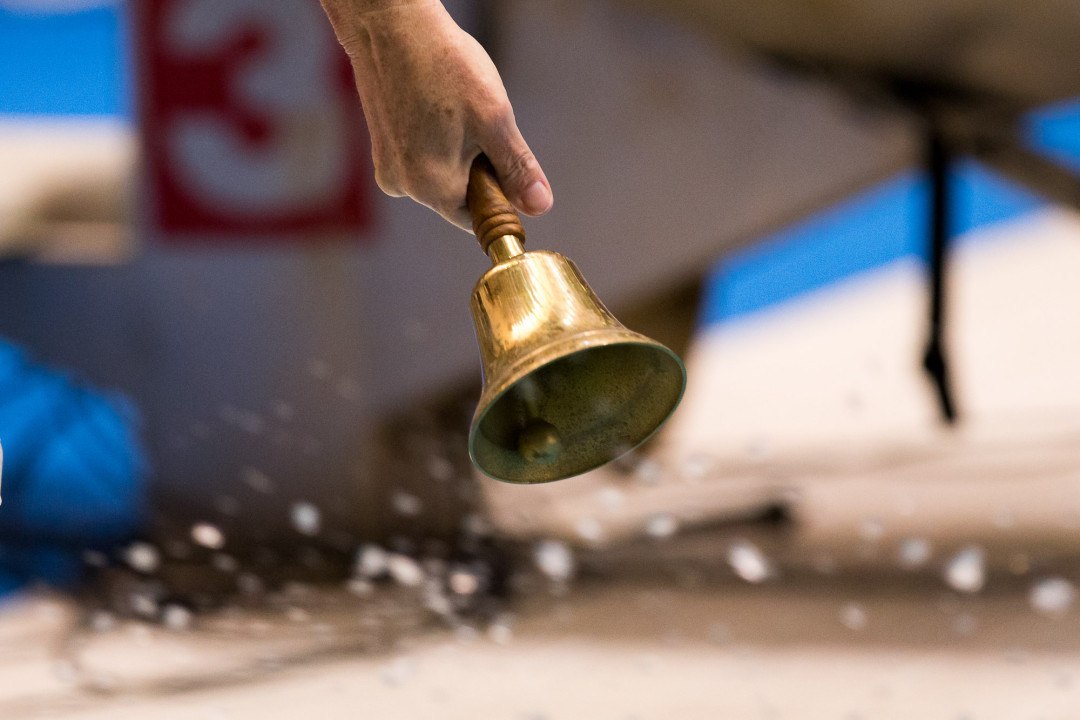 The Iowa High School State Championships was a practice in youth, with one of the few exceptions being Iowa-bound senior RJ Hemmingsen.

In fact, it is the first state title for any of the Iowa City high schools, despite the support of having hosted many of the state championship meets at the historic University of Iowa pools.

One wouldn’t know that this was the team’s first state title given their domination of the team scoring, but head coach Rob Miecznikowski referred to it as a ‘dream team’ in post-meet comments to Iowa Prep Sports.

We’ll get to Iowa City West’s success in a moment, but individually our inspection will begin with Lewis Central senior RJ Hemmingsen. He swam a 47.84 in the 100 fly, a time that broke the 2003 State Record done by Andrew Van Meter at 48.58.

For the Iowa commit Hemmingsen, that is a second straight title in the 100 fly. This year’s mark, however, is a huge bounce from the time that won it for him in 2013.  Not only did Hemmingsen drop a full second from his personal best, but he was two-and-a-half seconds faster than the time that won him the title in 2013.

Hemmingsen’s other individual event was the men’s 50 free, where he was a 21.06 for 2nd place. His 20.56 to lead off Lewis Central’s 5th-place relay was actually the fastest time of the day, but in the individual event, Iowa City West sophomore Mark McGlaughlin won in 20.67. That makes McGlaughlin one of the 20 fastest 16 & under 50 freestylers in the country this season.

McGlaughlin was a big part of Iowa City West’s sprint out to a big lead. In addition to his individual win in the 50 free, he split a 23.90 to lead off his team’s 200 medley relay. They touched for a 1:35.94 win, beating West Des Moines – Valley’s 1:36.24. Both of those teams are very young: Iowa City West will only graduate butterflier Carson Miller (22.92) while they bring back junior Matt Anderson (27.92 – breaststroke), McGlaughlin, and freshman anchor Oliver Martin (21.20). Valley, meanwhile, had a relay made up of three sophomores and one junior.

In fact, none of the top four relays in this event (all of whom were 1:36.6 or better) will graduate more than one swimmer.

Iowa City sophomore Aidan Keen then won the 200 freestyle in 1:40.91; he was in a little battle early in this race with Bettendorf sophomore Nathan Spencer (1:43.86), but Keen pulled away in the third 50 without any sacrifice to his closing split.

That race was more evidence of how Iowa, though the times this year weren’t spectacular in historical context overall (Hemmingsen excluded), there’s a young generation coming through that should make next year’s meet really fast. The top 8 in that 200 free included four sophomores, two freshmen, two juniors, and no seniors.

The men’s 200 IM went to another underclassman winner as Muscatine junior Alex Walton won in 1:53.47. He and Johnston senior Justin Winnett had a great back-and-forth battle in this race. Walton had a fantastic backstroke leg to open up a three-second led, but Winnett made that all back up with a 32.5 split on the breaststroke leg. That left a final dash for the finish, and Walton was just a tiny bit better coming home to take his win.

That swim was a big one for Walton, and later in the meet he would defend his 100 back state title with a 50.59 to win by over a second (though, again, none of the top 7 from that race graduate).

Winnett, meanwhile, also won the event signified by the way he split his IM, posting a 56.38 for automatic All-American honors in the 100 breaststroke. Pleasant Valley junior Nick Staver was 2nd in 57.30.

After the 100 fly win by the senior Hemmingsen, it was another win for McGlaughlin in the men’s 100 free with a 45.00, topping Dubuque sophomore John Colin (45.67) and Valley sophomore Sam Gorham (45.69). Aside from Dubuque – Hempstead senior Alec Turkowski in 4th, the top 7 finishers in this race were all sophomores.

McGlaughlin won four state titles at this meet; in addition to the 200 medley, the 50 free, and the 100 free already mentioned, he anchored Iowa City West’s 400 free relay with a 44.28 as they won in 3:08.43. That relay included Keen, sophomore Will Scott, and junior Matt Anderson. Valley took 2nd again, and the top two relays in total had 7 sophomores and 1 junior.

So, those four wins means that Iowa City West was without their top sprinter in the 200 free relay, and though that was a very, very close race, the Trojans still pulled off the victory with a 1:25.46. The team that time was Martin, Miller, Scott and Keen; Valley was 2nd in 1:25.67 (four sophomores again).

This team battle should become incredibly interesting next year, so mark it on your “can’t miss” schedule for February, 2015.

Those who know RJ know that this couldn’t have happened to a nicer and more focused, dedicated kid. He’s had this goal in his sights for a long time and to see him have that big of a time drop at crunch time is very impressive. Way to go RJ!

Congrats to RJ Coach! Was an amazing race! Looking forward to seeing RJ swim for the Hawkeyes!!! It’s fantastic to see Iowa’s finest swimmers represent for Iowa’s only division I program! Keep up the great work.