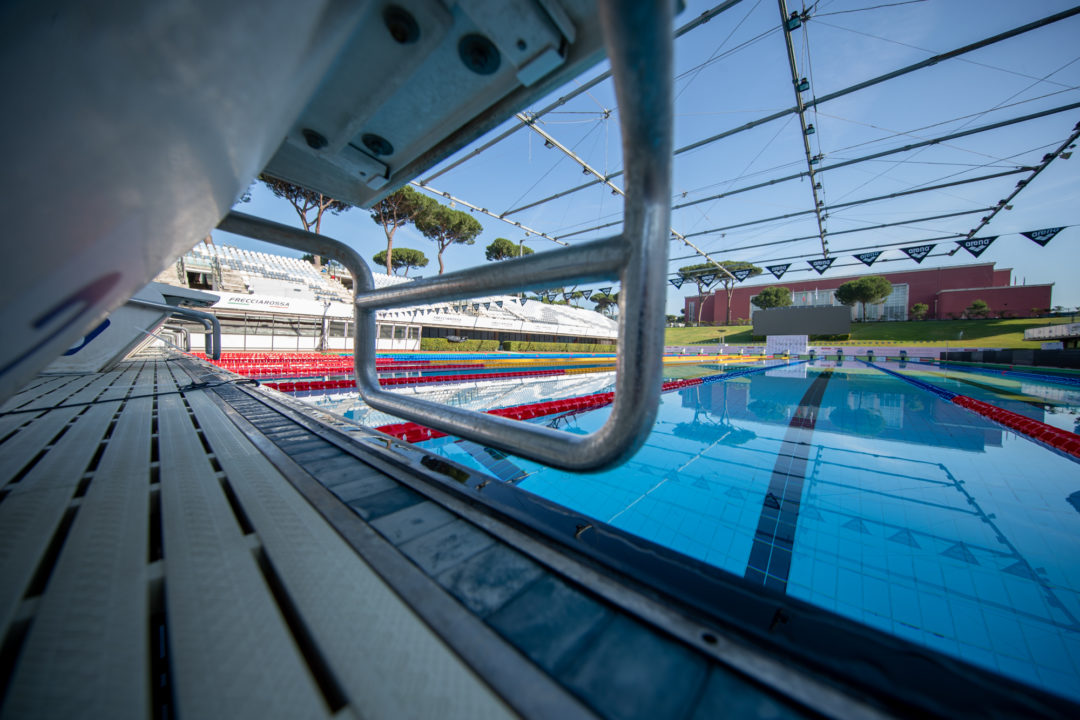 Beating the likes of Italian Simone Sabbioni, 18-year-old Tomac stopped the clock in a super speedy time of 24.88 to mark the Frenchman’s first-ever outing under 25 seconds.

Entering this meet, Tomac’s lifetime best and French Age Record stood at the 25.61 he produced in the prelims of the 2018 French Championships. As such, his time in Rome tonight overtook that previous outing by .28 seconds to stand atop the podium.

18-year-old Mewen Tomac beat out seasoned swimmers to take the men’s 50m back final. He notched the only sub-25 second time of the field, hitting 24.88. That checks-in as a monster personal best, wiping out the 25.61 Tomac had posted in the prelims of the 2018 French Championships.

That prior clocking represented the French Age Record for 18-year-olds, but Tomac now re-wrote that with his head-turning 24.88 PB.

Breaststroker away from a medley relay in Tokoyo…

Busssiere is serviceable if he can get back to his best