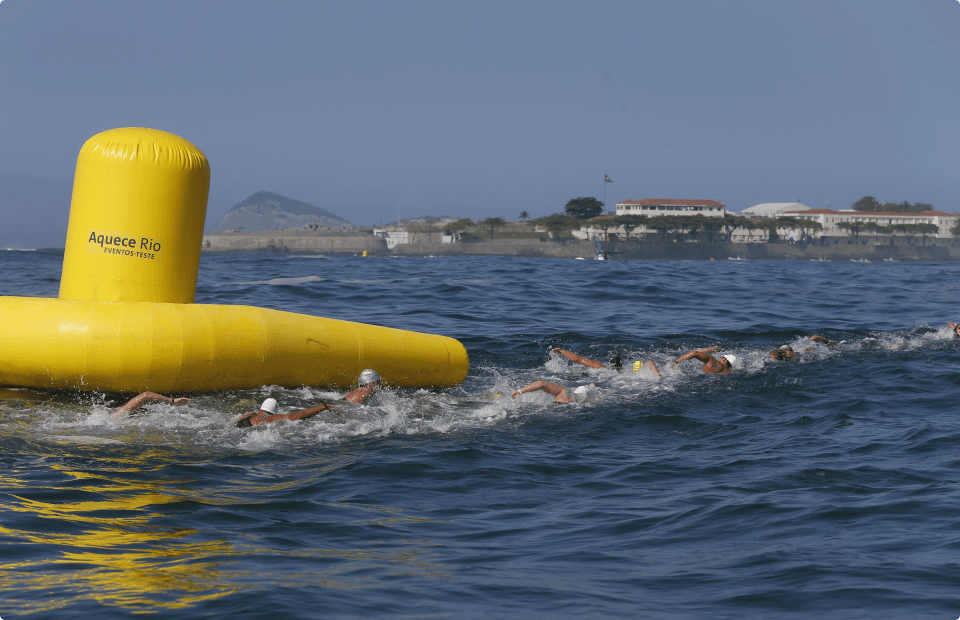 Brazil has put forward one of the more difficult selection criteria we’ve ever seen for an international roster.

In an up-and-down series of stories regarding water quality at 2016 Rio Olympic Games open water venues, the AP released another scathing report this morning that is sparking concerns over athletes’ health once again.

This morning it’s been revealed that Rio’s waters are more contaminated by sewage than originally thought, thus, still posing a threat to competitors’ health. The AP commissioned additional tests of the Rio waterways, which indicated “that high viral and, in some cases, bacterial counts were found not just along the shorelines where raw sewage runs into water bodies, but far offshore where athletes will compete in sailing, rowing and canoeing.”

The contamination is most likely linked to the fact that, like many developing nations, Brazil’s sewage is untreated and flows as such into Guanabara Bay, the Rodrigo Freitas Lagoon and the famous Copacabana Beach. The major take-away from these findings is that there is no dilution factor in the lagoon or bay where these events are slated to take place.

Says Kristina Mena, a U.S. expert in waterborne viruses, “It’s going to increase the exposure of the people who come into contact with those waters.” Further putting the news into perspective, Mena said, “If we saw those levels here in the United States on beaches, officials would likely close those beaches.”

Mena was the same expert who commented on the Associated Press investigations’ findings back in July, which documented dangerously high levels of viruses and bacteria from human sewage in the Olympic and Paralympic venues. The July findings pointed to untreated sewage flowing freely through the streams and rivers and into the Olympic waters that was cause for concern.  These “viruses are known to cause respiratory and digestive illness, including explosive diarrhea and vomiting, but can lead to more serious heart, brain and other diseases.”

Mena had reviewed that data from July and determined that, by only ingesting 3 teaspoons of the water, international athletes will have a 99% chance of infection. Those competing in open water swimming, triathlon, sailing, canoeing and rowing would all be at risk. Any of the viruses can enter the body through the mouth, eyes, any orifice, or small cut. Even those athletes out of the water in boats would be at risk because of mists and splashing.

The medical director of the International Olympic Committee claimed at the time that everything was on track to be safe for competition. Back in October, we reported how the Rio Organizing Committee announced that it would not be undertaking any viral tests of its waters, instead opting to follow the World Health Organization’s (WHO) standard of testing for bacteria only as the basis for its guidelines for monitoring water conditions.

In response to the AP’s latest testing results, the Rio 2016 Olympic organizating committee said in a statement today, “The health and safety of athletes is always a top priority and there is no doubt that water within the field of play meets the relevant standards. Rio 2016 follows the expert advice of the World Health Organization, whose guidelines for Safe Recreational Water Environments recommend classifying water through a regular program of microbial water quality testing.”

However, the AP cites studies dating back a number of years, which “have shown little or no correlation between the levels of bacteria pathogens in water, which quickly break down in salty and sunny conditions like those in tropical Brazil, and the presence of viruses, which have been shown to last for months, and in some cases years.”

The AP has also continued testing of the Brazilian venues’ water since August and has not only found waters to be “consistently virus-laden”, but have seen a marked increase in the bacterial fecal coliforms in the lagoon to the tune of over 16 times the amount permitted under Brazilian law. The samples were 30,000 times higher than what is considered ‘alarming’ in the U.S. and in Europe at the following points – 600m offshore within the Sugarloaf sailing race course, 1300m offshore within the Naval School course and 200m from shore in the Olympic lagoon set to host rowing.

The high levels of sewage-linked pathogens found in the offshore sailing courses “show that … there are many, many points where sewage enters the bay,” said Brazilian virologist Fernando Spilki, who is conducting monthly tests for the AP. “These pathogens we’re looking for, especially the viruses, are able to migrate in the currents in a big way,” said Spilki.

These results don’t seem to align with the health survey conducted after August’s test rowing event in Rio, which revealed that the post-competition incidences of illness were “much lower than previous years.” 567 competing rowers and 350 team personnel across 54 National Federations participated in the survey aimed at determining if there were indeed any health issues surrounding the test event and 40 of those federations reported no illness among their team members during or following the competition.

There still is time to get the waters clean using bioremediation, and keep them clean for the Olympics and beyond. Whether it will happen remains to be seen.

The IOC giveth, but the IOC never taketh away. If they did, they would have to payeth back all of the bribe money.

The Olympic committee should concern themselves with the fact that between 100 and 150 tons of human excrements are discharged daily into the waters of Guanabara Bay. I just hope the athletes will be physically strong to resist exposition to the fecal viruses that infest these waters.

Listened to a commentator on Schein on Sports on XM radio earlier today. The guest hinted that the awarding of the Olympics to Brazil is on par with the FIFA scandals and how the World Cup hosting was awarded.

There is no good way around this but the IOC won’t take the games from Brazil and they won’t change the outdoor aquatic sports to a cleaner venue. I doubt that the swimmers, rowers, sailors, and the others will boycott the events. The Olympics are a once in a lifetime event, so it is more likely than not that the events will go off without a hitch.

I’m guessing Plan B is not spending $140 billion to build a temporary ocean 10 miles inland.

Hopefully, common sense will prevail. The comments from the Rio Organizing Committee are disturbing on so many levels … especially that they don’t even seem to care about the health or safety of the athletes. The Open Water events should be moved to a site that is clean and safe, and announced early in 2016, so the athletes can prepare for the new site. The USOC should be working with other countries to ensure the athletes are safe. There is NO way our first named 2016 U.S. (swimming) Olympians, Jordan Wilimovsky, Sean Ryan, or Haley Anderson, or anyone else who will be named to the team, should have to forego their opportunities to race (and hopefully go for gold) OR… Read more »

It should perhaps be boycotted or held at a different location.There’s nothing brave about swimming in someones sh*t.

Agreed ! NOBODY should be REQUIRED to swim in a public SEWER