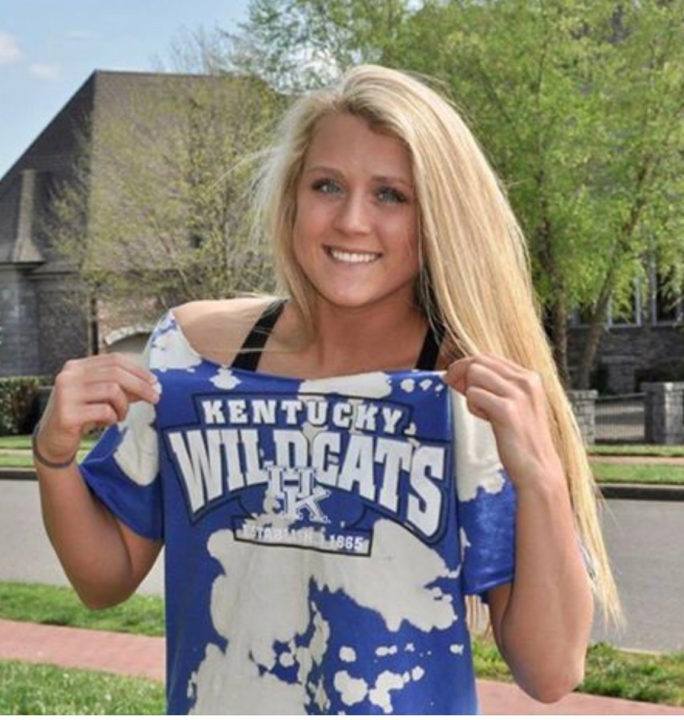 Riley Gaines has announced her commitment to swim at the University of Kentucky as a member of the class of 2022.

“I chose (Kentucky) because they were third at (the SEC Championship meet), they have fast girls in my events, great coaches and an offer I couldn’t turn down,” Gaines said.  “I’m glad to be committed this early, because there’s no pressure now and I can focus on my swimming.” 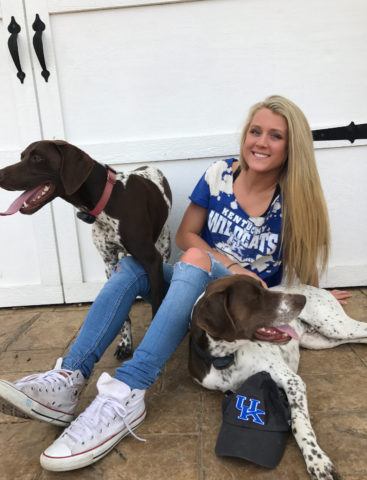 An Olympic Trials qualifier, Gaines swam the 100 free in Omaha last summer where she placed 85th, though missed her own best time of 56.31, which she established at the 2016 NCSA Spring Championships.

Nearly half the Wildcats’ women’s roster was made up of freshmen during the 2015-2016 season, providing a strong foundation for the program head coach Lars Jorgensen has rebuilt since taking the helm in 2012.  Contributing to that momentum, Danielle Galyer won the 200 back at the 2016 NCAA Division I Championships, becoming the first female swimmer from the University of Kentucky to ever win a national title.  Though none of the Wildcat women claimed gold at NCAAs this year, the team placed 14th overall.

The young team will be more experienced with multiple returning NCAA veterans by the time Gaines arrives on campus.  Her times are already competitive within Kentucky’s roster, and with one full year of club and high school swimming left to improve, she could have an immediate impact on the team.  At present, Gaines’s 54.15 in the 100 fly places her just outside Kentucky’s all-time top-10 performances in the event. 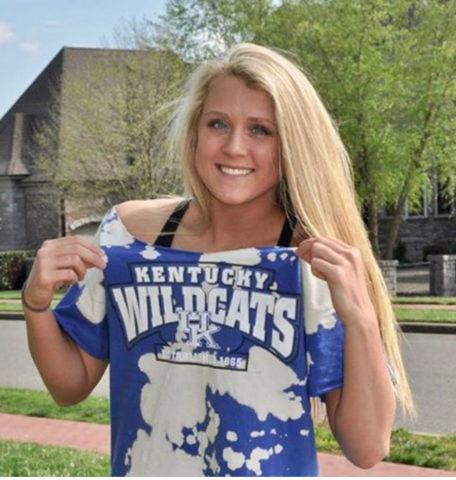 thanks for the clarification!!

Just honestly curious about the process: how are juniors able to commit? I thought coaches couldn’t contact recruits until after July 1 of their senior year? At least that his how it was in the past – has it changed? Just wondering…

Texting opens up Junior year as well. Tons of schools host Junior days now which is done on the family’s dime but gives the kids an on campus visit.

Congratulations Riley! It has been a pleasure to see you mature and compete both for the Excel Club team and at the State Meet! Awesome competitor – great young lady! Kentucky is very fortunate to have landed such a wonderful student athlete!!!!!