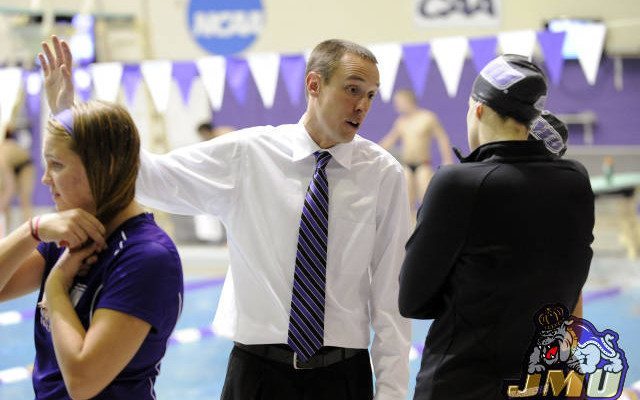 In the last two years, James Madison has sent two swimmers to the NCAA championships: Sin Hye Won and Shannon Dubay. The team placed 2nd out of 8 teams at last year’s CAA Championships.

Long came to James Madison after 5 years as an assistant with Auburn, and 7 years in total with the program.

This job seems to have a lot of turnover through the years; must not be a very good situation.

beachair? do you know much about the schools history? mainly in regards to their athletics dept? if not its a sad tale. so i get this 2nd hand from freinds who swam and a man i interned under who is in their athletic hall of fame (track and cross country). so, jmu had the most ‘diverse’ and largest atheltic program in d1. they offered the most sports of any school for quite a while. this all changed when their football team started winning championships. in order to expand their football program, they rapidly implemented sweeping changes to the athletic department, first cutting fringe sports and eventually cutting almost every sports team, including mens swimming. a program which in local and… Read more »

Too bad, since JMU is a good school that should enhance its academic reputation by supporting all sports. Makes it tough to build a program, if you don’t have a feeling of career confidence.

Richard was a great coach. Too bad he didn’t stay. Where did he go to coach? He came from a legendary coaching staff and has some of the best expertise in video in the world.

Richard Long took his coaching skills back home to the CGBD at Midtown Aquatic Center in Norfolk, Va. I just hope they all realize what a fantastic coach this young man is. Good luck Richard.