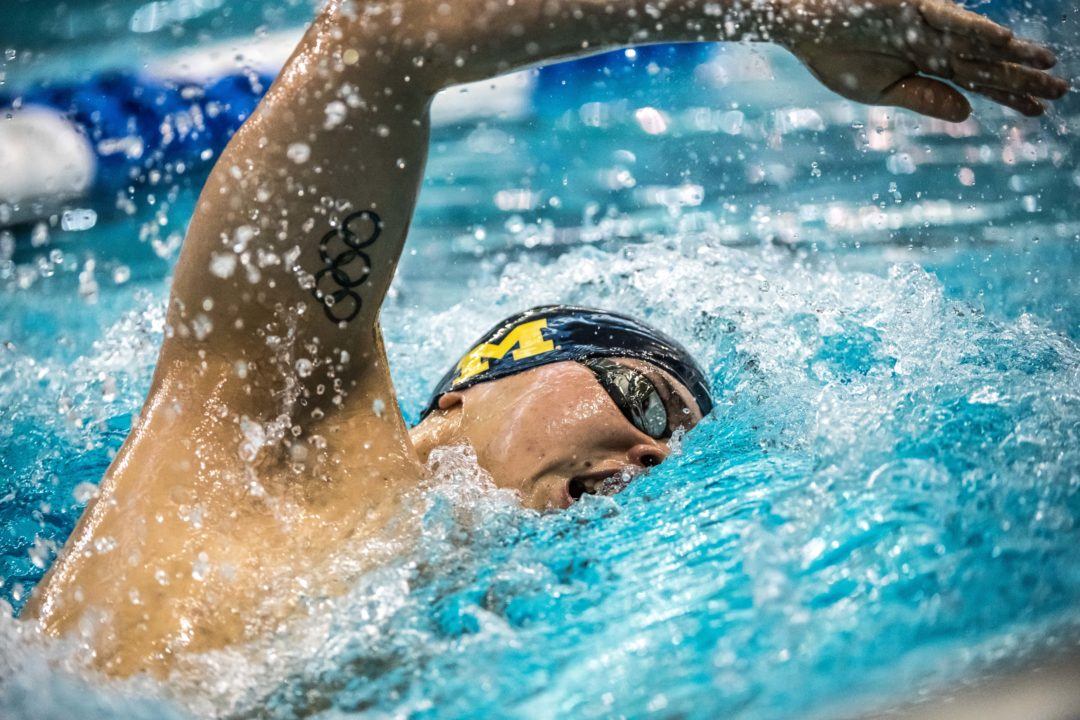 With the three individual wins, Vargas will now represent Mexico at the 2018 Central American and Caribbean Games, held July 19-Aug. 3 in Barranquilla, Colombia.

Vargas was a two-time All-American in 2018, finaling in both the 500-freestyle (eighth) and 1,650-yard freestyle (seventh) at the NCAA Championships. He was named Big Ten Freshman of the Year after winning three individual medals at the Big Ten Championships. A 2016 Olympian, Vargas is the Mexican national record-holder in the 400-, 800- and 1,500-meter freestyles in both long course and short course.