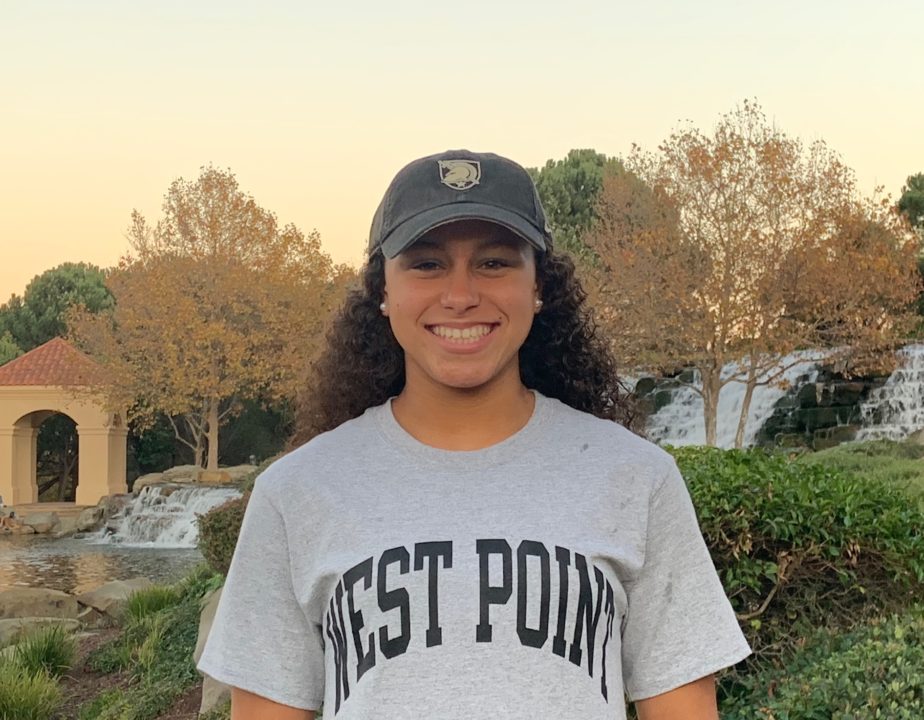 “Duty, Honor, Country” I am honored to announce my verbal commitment to swim for the United States Military Academy at West Point. I chose The Point for its academic excellence in nuclear engineering, its military training in the profession of arms, and its hard-charging dynamic swim program in an elite athletic environment. I would like to thank Hannah DeRousseau (SRN) who taught me how to swim, Ethan Hall and Joe Natina (CROW) for their exceptional coaching and leadership, Crow Canyon Sharks, CalCA-North Bay, Karen Allen, and my family. I am excited to become a Black Knight and join Coach Brandt, his outstanding staff, my future teammates, and the Corps of Cadets! HOOAH! GO ARMY! BEAT NAVY!

Smith’s best times would have scored at 2020 Patriot League Championships in the A final of the 500 free and the B final of the 200 free. (The Patriot League only scores two finals at the conference championships.) She would have been Army’s top scorer in both events. Freshman Kristen Gullickson was 14th in the 500 free and first alternate (17th in prelims) in the 200. It took 51.38 to make it back in the 100 free, an event in which Army West Point had one A-finalist (junior Madison Berg) and three B-finalists (freshman Angela Huang and sophomore Lauren Carag). Berg broke the Academy record with her 4th-place finish of 50.33. Smith would also have been a strong addition to Army West Point’s 4×100 and 4×200 free relays.