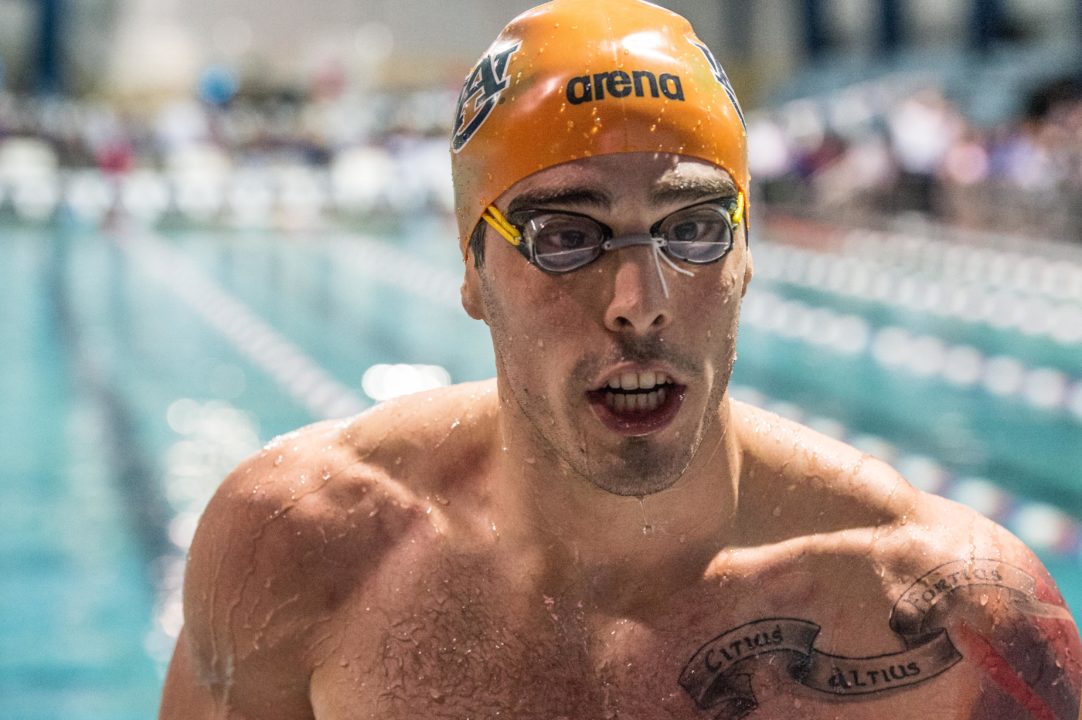 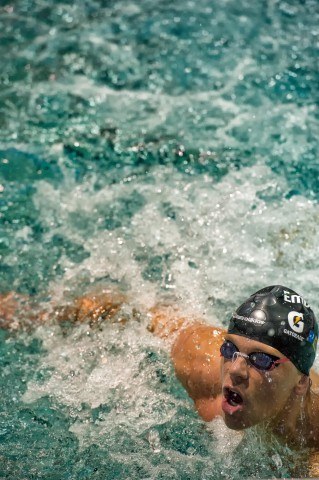 The men’s sprint event of the night was a race of Brazilian domination. 24-year-old Bruno Fratus, who represents Auburn, topped his world record-holding teammate Cesar Cielo 22.00 to 22.15.

The two were a head above the field from the get-go, powering away in the middle two lanes. Fratus’s time puts him 3rd in the world this year, and Cielo now sits 4th.

Third place went to American Jimmy Feigen in 22.48 before a bigger dropoff to fourth, Adam Brown with a 22.74. After Brown, things tightened up, with Cullen Jones going 22.77, Michigan post-grad Miguel Ortiz hitting 22.79 and Karl Krug going 22.80.

Two swimmers in the B final dropped under 23. Hungary’s Krisztian Takacs went 22.93 for the win, with Club Wolverine’s Zachary Hayden 10th overall in 22.98.

big auburn heat right there.. fratus training at auburn, brown, cielo, krug all swam there and renzo committed for next year! sprinting!!!