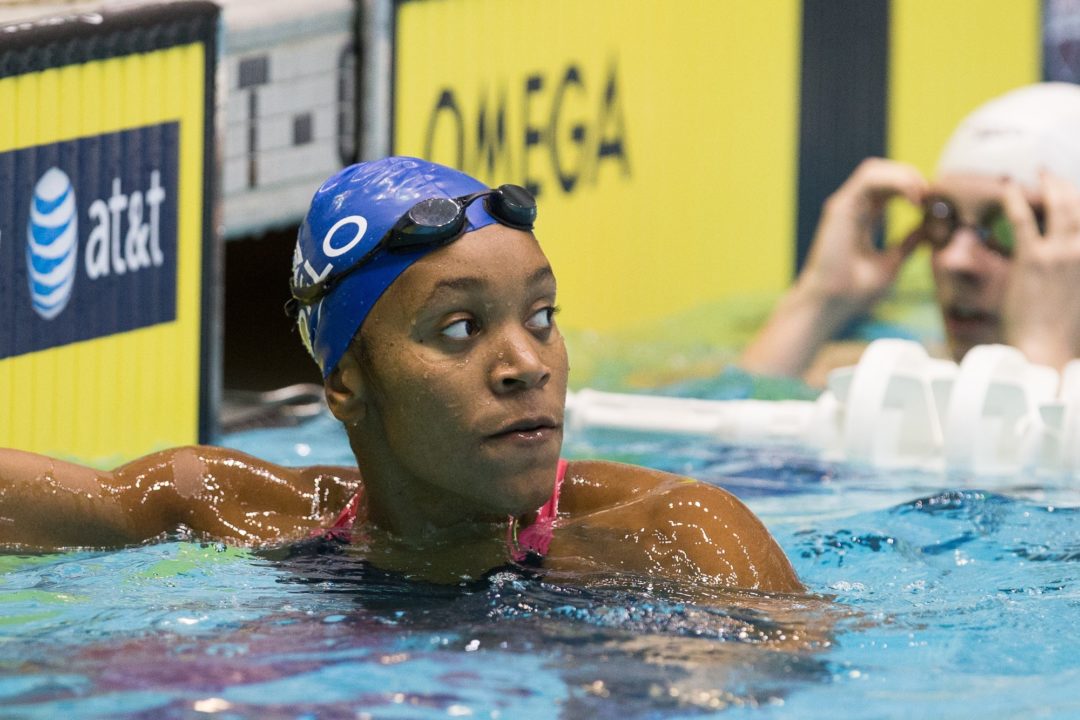 A tightly-bunched top 4 coming out of the preliminaries turned into a tight group of three trailing Jamaica’s Alia Atkinson. The Olympian cruised out to an early lead, going 1:07.15 to take the event, looking smooth and powerful the whole way. Blue Fish pro and former Texas star Laura Sogar was second (1:09.00) followed by a pair of SwimMAC-ers, Katie Meili (1:10.00) andMicah Lawrence (1:10.04).

A pair of athletes from T2 followed them up – they were Justine Mueller and Ashley Wolter. The youngest A-finalist, 17-year-old Hungarian Fanni Ferenczi, took 7th.

The B final went to German Theresa Michalak, who has been training with the Florida Gators in Gainesville. Michalak is a high-profile signee with the Gators, and though her current eligibility is still uncertain, her 1:11.84 (only a second or so off her best) had to be a good sign for Florida coach Gregg Troy, whether she starts competing with the Gators this post-season or further down the road.