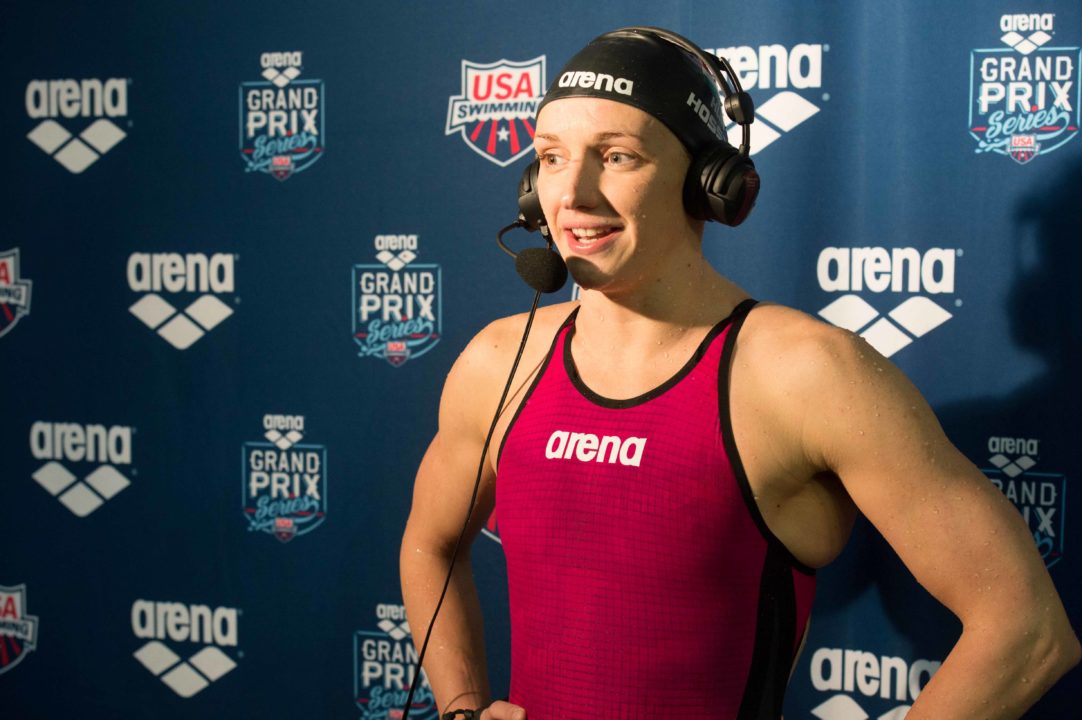 Katinka Hosszu returned from what must have felt like a never-ending mid-meet break for her to thoroughly dominate the 400 IM, going 4:39.85. That’s a full second off what she went at prelims, her second swim tonight that has been a touch off her morning efforts. That could suggest some jet lag for Hosszu, who was in Luxembourg less than a week ago swimming the Euro meet. That’s a 6-hour time difference from Orlando, Florida.

Florida high schooler Vien Nguyen took second place. The 17-year-old, who is Vietnamese, went 4:41.68. That was well ahead of the top American in the race, Caitlin Leverenz. The former Cal Bear went 4:44.94 to take home third place in a field that got very spaced out at the top. The next finisher was five seconds back: 16-year-old Sydeney Pickrem of Clearwater Aquatics.

Gator Swim Clubber Andreina Pinto powered away with the B final win, going 4:51.38 to touch first by nearly 6 seconds.

I wonder a little bit why is it so important for Universal Sports to keep this sort of coverage blocked from viewers outside the U.S.