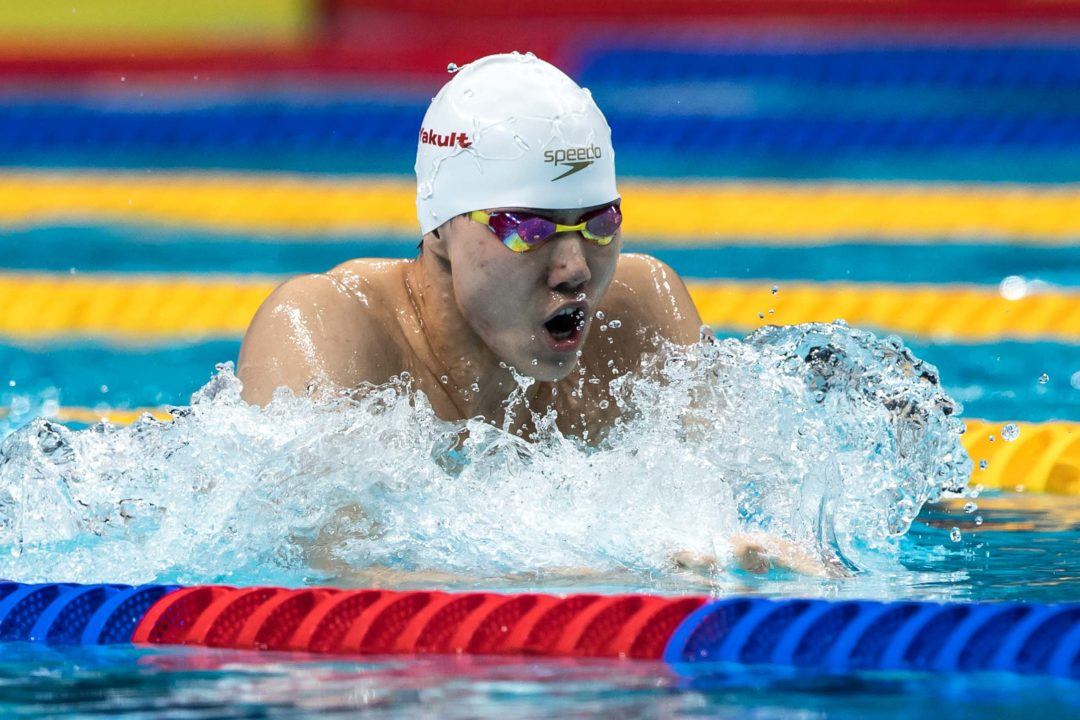 While not the full Team Elite group (World Record holder Kathleen Baker wasn’t there, for example), many of the group’s international swimmers, especially the Chinese swimmers, did participate. The Chinese swimmers were skipping a National Championship meet that was also being held this weekend.

The best performance of the day came in the 100 breaststroke, where Qin Haiyang swam a 59.37. That time is his first sub-minute swim in long course and leaves him within 4-tenths of the National Record.

How many National team swimmers do they have (swimmers representing any national team, not just the US).