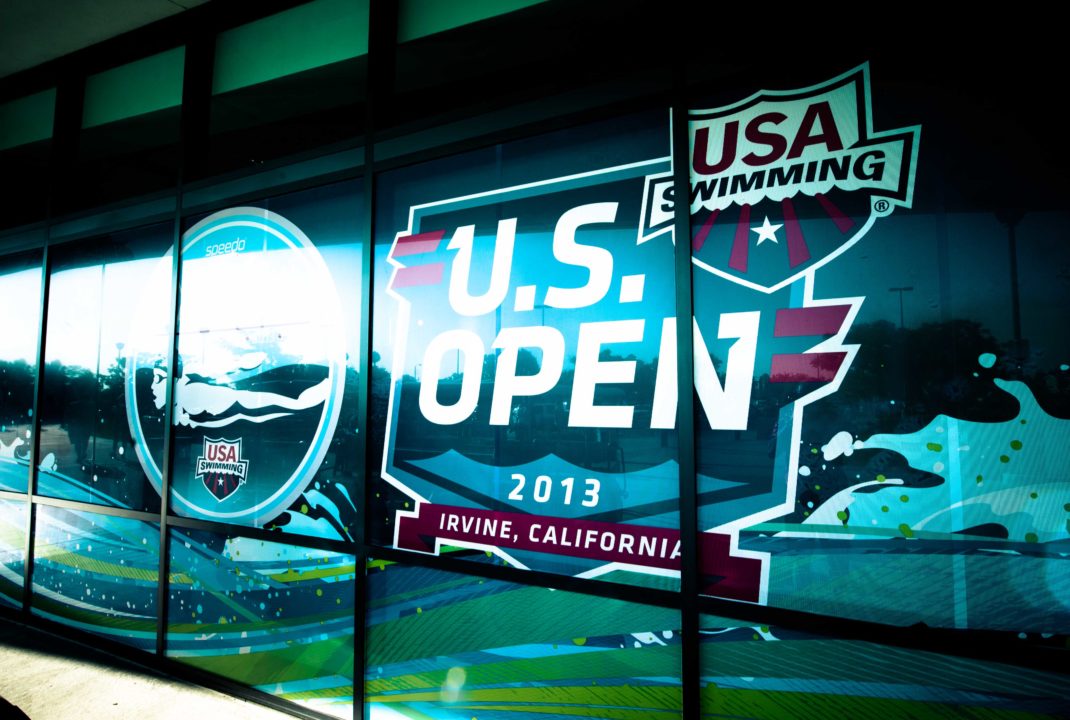 The first day of the 2013 U.S. Open,  a National Championship meet available to swimmers of any nationality, in Irvine California began with an impressive swims from some internationals.

Tilly Gray, who is 21 years old (not the 15 listed on the official results), took the top seed out of prelims in this 200 fly in 2:10.84, including going out in a brave 1:02.53. She’s a name that is just now really being pulled to the forefront of British Swimming, and if she can dip under 2:10 tonight for the first time in her career, she’ll be in great position headed toward Rio.

A pair of Georgia Bulldogs were close behind her: one future in Megan Kingsley (2:11.13), currently from Mount Pleasant in South Carolina, and the other Lauren Harrington in 2:11.59.

Another Commonwealth swimmer took the top seed in the men’s 200 fly, as South Africa’s Sebastien Rousseau was a 1:56.47 in the heats. He and countrymate Dylan Bosch (3rd – 1:58.00) both skipped South Africa’s World Championship qualifying meet, but Rousseau would have expected to at least semi-final with that swim.

In between them was Stanford post-grad Bobby Bollier in 1:57.58.

The top-finishing junior was Aquazot’s Corey Okubo in 1:58.89: significant as the Americans are working to whittle down their entrants for the Junior World Championships. Okubo would have to knock at least another tenth off of that time to have a shot at the squad after this meet.

In the women’s 100 free prelims, Australia’s Kelly Stubbins took the top seed in 55.04, followed very closely by countrymate Yolane Kukla in 55.05. For the veteran Stubbins, who is 29 years old, that’s her best time since March of 2012, where she missed the Australian Olympic Team by peaking too early in the semi-finals. 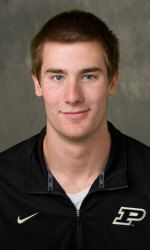 The top American finisher was SwimAtlanta’s Amanda Weir, who will enter finals 3rd in 55.19, followed by the suddenly-impressive Sarah Denninghoff in 55.33. 2012 Olympian Lia Neal and her future Stanford teammates Maddy Schaefer and Felicia Lee will all be in the A-Final as well.

And finally, in the men’s 100 free, Purdue senior-to-be Danny Tucker gave the Americans their lone top seed, posting a 49.26 for the top seed. That doesn’t leave him all-that-far-off of the 48.91 that Matt Grevers used to place 6th at the World Championships Trials, which is the current cutoff for making the National Team.

This will be almost an all-American final, with Cal’s Seth Stubblefield taking the 2nd seed in 49.49, and another SwimAtlanta rep Karl Krug in 49.72. The only non-American is South Africa’s Darian Townsend, who was tied for 7th in 49.80.

Way to go Billy Goat! I’d love to hear what the pre-race meal looked like…

Tucker another Naperville stud!!! Cordes, Depews, Lehane, what is in the water?!

Uhh, I can’t even get a little shoutout??? I’m from Naperville too!

Vote Up00Vote Down Reply
Ever True

Danny Tucker is no post grad, he’ll be a SR this season.

Fast stuff from Tucker. Him and Stubblefield are both good finals swimmers. Should be a battle.