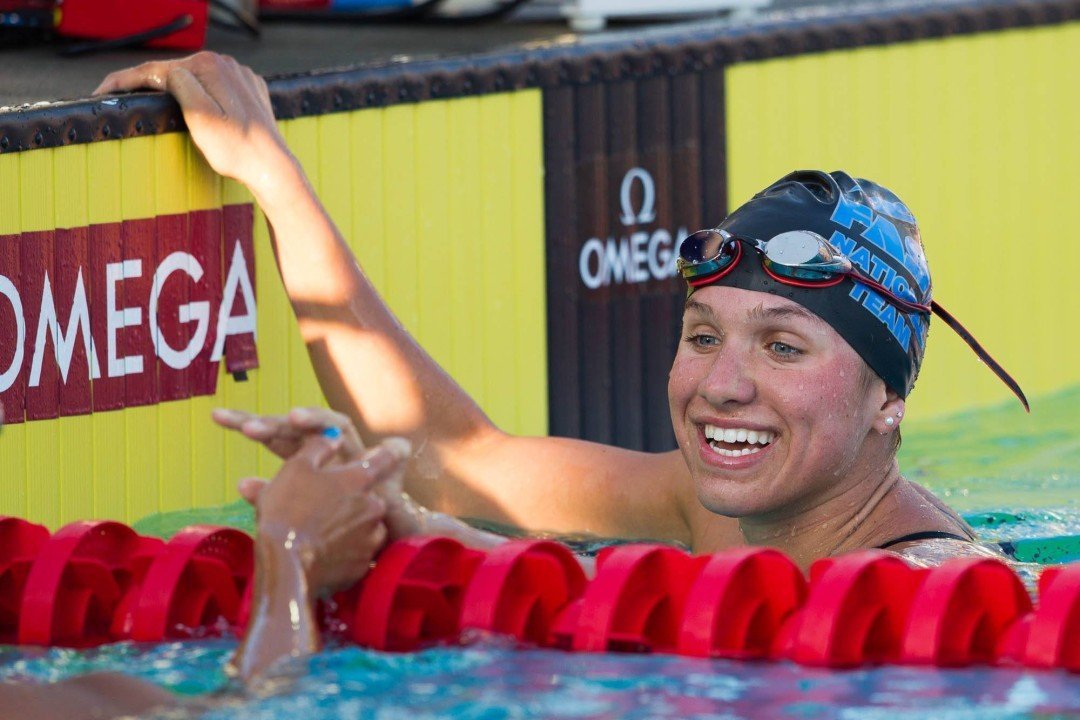 Led by Bailey Nero (above) and Bailey Kovacs, the girls from Fossil Ridge will be strong contenders for the Colorado 5A State Championship. Archive photo via Tim Binning/TheSwimPictures.com

Psych Sheets have been posted for the 2015 Colorado Girls’ High School State Championship Meets, which will take place this coming weekend in Fort Collins (5A – large schools) and Thornton (4A – small schools), Colorado this weekend.

On paper, this year’s 5A meet will have powerhouses Regis Jesuit and Fossil Ridge enter the event as favorites. Regis Jesuit, the defending champions, didn’t lose any swimmers to graduation from their 2014 State Championship team and will enter the meet with the top seed in both the 200 and 400 free relays. Fossil Ridge, who was 3rd overall last year, has a much deeper team led by two Bailey’s: Bailey Nero and Bailey Kovac, who between them hold the top seeds in the 200 IM (Nero), 100 fly (Nero), and 100 breast (Kovac).

Expect Fossil Ridge to move out to an early lead at this meet before Regis Jesuit starts to claw back in the sprint freestyle and diving events: which includes defending 1-meter champion, junior Mckensie Austin.

Also watch out for a sleeper team from Fairview, who finished 2nd at last year’s meet. While they don’t have quite the flash of Regis Jesuit and Fossil Ridge, Fairview has a very good roster (that also didn’t graduate much from last year), and most importantly is strong in all three relays: something Fossil Ridge struggled with season.

Overall, the 5A meet should be extremely entertaining and competitive with a young group overall from last season maturing for this year’s meet.

In the 4A meet, the defending champions from Evergreen High School, led by State Record holder and NC State commit Lindsay Morrow, will be tough to top.

They won last year’s meet by 88.5 points over runners-up Thompson Valley, and didn’t graduate a single member of the entire State Championship Meet roster (scorers or not). That will leave the team with a senior-heavy lineup that includes Morrow, Josie Pearson, Bailey Smith, and Kamryn Holland.