Princeton Won Every Swimming Event in Tri-Meet against FAU, BC 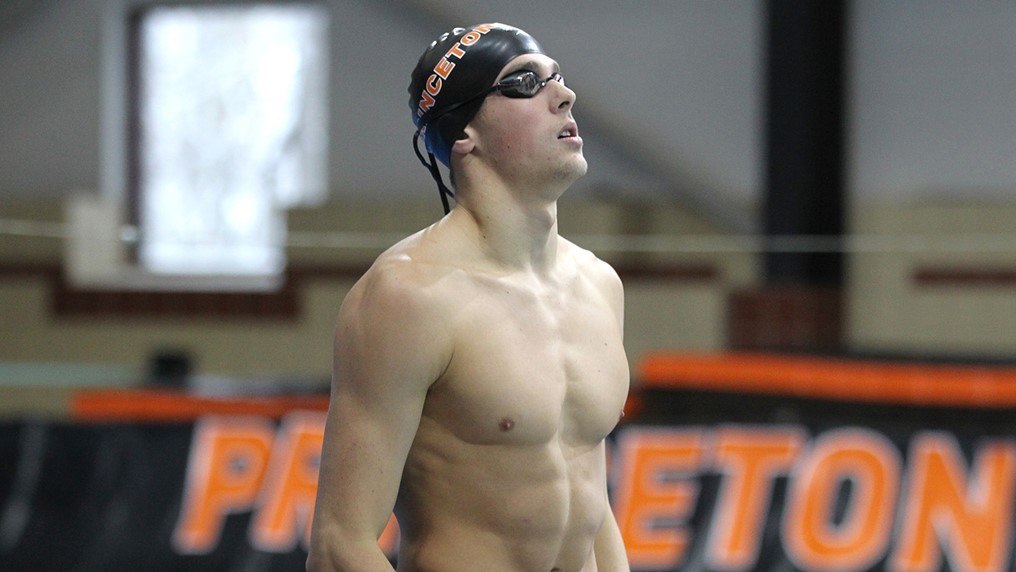 The Princeton men won every swimming event and added a 1-meter diving win during an impressive afternoon against Florida Atlantic and Boston College. Current photo via Princeton Athletics

Princeton capped a strong training week in Florida with an even stronger showing in its first tri-meet of the 2018-19 season. The Tiger men won every swimming event and added a 1-meter diving win during an impressive afternoon against Florida Atlantic and Boston College. Princeton posted a 230-70 win over the hosts, and a 239-59 win over Boston College.

The Princeton men set the season off on the right tone with a win in the first event, the 200 medley relay. Co-captain Cole Buese led off a quartet that included Corey Lau, Raunak Khosla and Christian Feiler, and that team won the event in 1:31.79.

Sophomore Levy Nathan, coming off one of Princeton’s top freshman seasons last year, showed his growth by winning the 500 free (15:54.50) by more than five seconds over any swimmer in the field.

Senior co-captain Murphy McQuet led a 1-2-3 Princeton finish in the 200 free with a time of 1:39.52, while underclassmen Joshua Brown and Jonathan Pollock posted strong races for the next two spots. Buese joined his fellow co-captain as an individual winner shortly after, as he won the 100 back in 50.62.

Like Nathan, Corey Lau was coming off one of Princeton’s top freshman seasons, and he posted a win in the 100 breast inn 57.02. Khosla is trying to put up his own strong debut year at Princeton, and he certainly got off on the right foot. After helping win the 200 medley relay, he won the 200 fly in 1:50.69.

Princeton will now head home and prepare for the annual Big Al Open, which takes place next Friday and Saturday at DeNunzio Pool.

BOCA RATON, Fla. – The Florida Atlantic University swimming and diving team racked up several top finishes Friday at FAU Aquatic Center following a 45-minute weather delay. Distance events continue to be a strength for the Owls this season with top finishes in the 500- and 1650-yard freestyle events.

Quotable:
“Although they are tired from the hard work they have put in the pool in the past month, our swimmers and divers are executing their races & dives well,” said head coach Lara Preacco. “They are far stronger athletes than they were at this same time last year. These are exciting times for us and for FAU.”

Up Next:
The Owls won’t have much rest, as the team will be making their way south to Coral Gables, Florida, to face the Miami University Hurricanes and Boston College Eagles tomorrow at 9:30 a.m. at the Whitten University Center Swimming Pool. While the FAU women’s score will count, the men’s will not. The Owls will be back at FAU Aquatic Center for the Alumni & Family Meet on Saturday, Nov. 10 at 11 a.m.