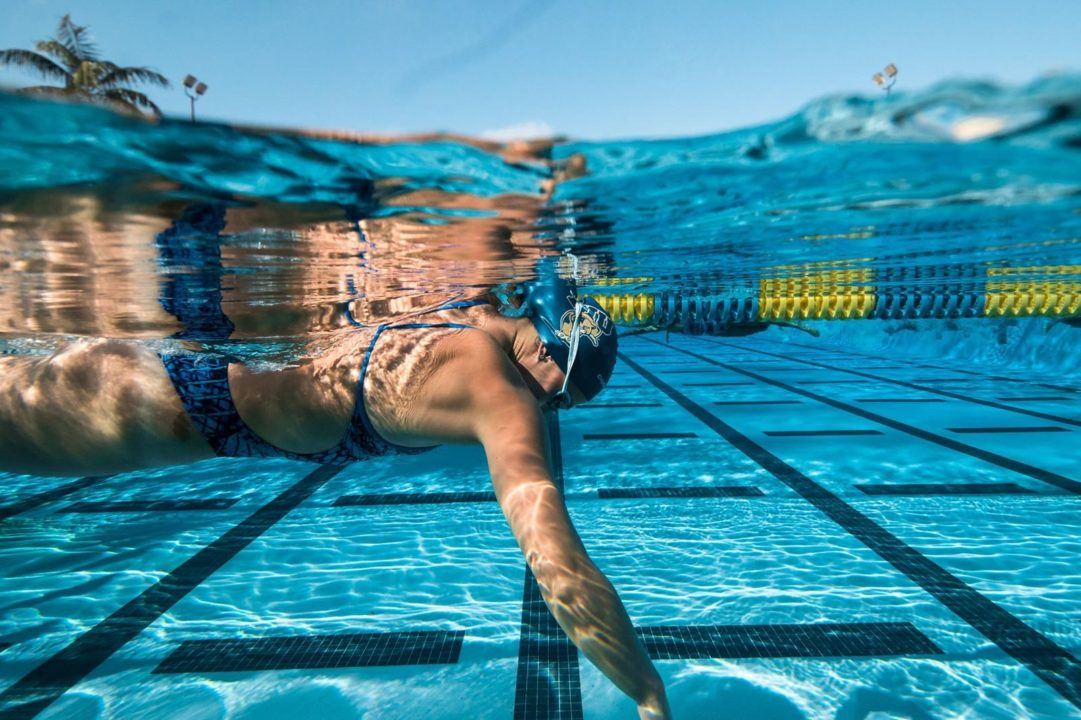 It was a day of victories for Florida International who dominated from the pool and the springboard in wins over NOVA Southeastern and Indian River. Current photo via FIU Athletics

At the PIAA 3A Champs, Hearn finished top-eight in the 200 free and 500 free, going his lifetime bests in both at that meet.

FORT PIERCE, Fla. -It was a day of victories for Panthers swim and dive who dominated from the pool and the springboard this afternoon.

Freshman Maha Gouda opened up the day with a score of 310.20 from the 1-meter springboard. She then went on to break the school record from the 3-meter where she picked up a score of 347.63. Junior Brittany Haskell made NCAA zone cuts from the 3-meter, while sophomore Rachel Foord continued to impress, garnering two second-place finishes in the 1-meter (285.75) and 3-meter (304.63).

“Today was what we’ve been waiting to see. We were a spirited and focused team today. The team responded and showed what we can be if we come together,” said head coach Randy Horner.

The divers, who have shown consistency early in the season, have collectively picked up 18 top-five finishes since September, 29th.

“The divers were lights out as usual. Maha keeps getting better and better. Her score today on 3 meter which was a school record was legit.  The entire group has been so consistent, the’ve been fun to watch,” said Horner.

The Panthers ended the day with a time of 1:35.29 in the 200 freestyle relay, led by Bryant and the freshman-trio of Fodor, Ryenne Hathaway and Paloma Sanchez.

UP NEXT
The Panthers will travel to Columbia, MO for the Mizzou Invitational on Nov. 15-17.

FORT PIERCE, Fla. – Taking a break from conference competition, the Nova Southeastern swim teams traveled to Indian River State College to compete against the River on both sides, while the women’s team also raced against FIU. The women topped host IRSC but fell to FIU, while the men came up short against the River.

UP NEXT
The Sharks will take about almost a month long break from competition and will resume at the Spartan Invitational hosted by the University of Tampa on Dec. 15-18.