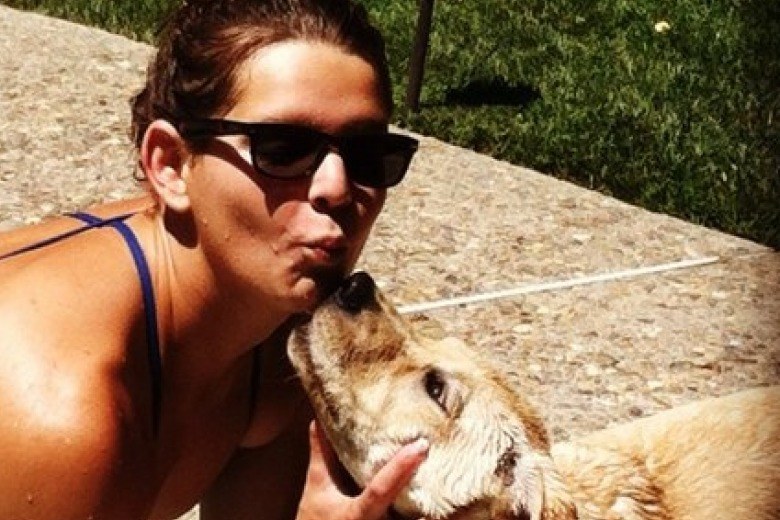 Girls Meet The top 3 teams from last year’s California – North Coast Section Championships on the women’s side all...

The top 3 teams from last year’s California – North Coast Section Championships on the women’s side all race together in the East Bay League, the first level of the two-level high school championship season in the area.

This might lead one to believe that the East Bay League finals on Saturday would be a close battle, however quite the opposite was true. The San Ramon Valley women, who were second at Sectionals last year, looked absolutely dominant, scoring 522 points to win the title.

The San Ramon girls won the league last year as well before Carondelet went on to win the section by almost 50 points, but last year’s league meet was much closer, so this victory puts San Ramon in the driver’s seat headed toward Sections next week.

This power-packed league has graduated a lot of their stars from the last few years (Li, Chenault, etc.), but the depth is still here, and a new generation certainly has the talent to attract a lot of attention as well, despite their youth. Out of the meet’s 8 individual swimming events, a stunning 6 were won by sophomores.

San Ramon Valley set a tone early in this meet not with their varsity, but in the first final from their JV team. At that level, the girls went 1-2 in the 200 medley relay, including a 1:52 from the winners. Their JV relay had a 24.3 anchor from sophomore Bryn Power. Most of this recap will focus on the varsity results, but that’s just unbelievable depth.

San Ramon’s varsity relay then, not surprisingly, would run away with their event title as well, touching in 1:43.90, including a 27.87 breaststroke split from senior and Stanford commit Heidi Poppe.

That was a precursor to Poppe’s later win in the women’s 100 breaststroke, where she swam a 1:00.51 to break the EBAL Meet Record, and just miss her overall league record by .02 seconds. She finished just ahead of a 2-3 from California High School juniors Kaya Philapil (1:03.91) and Aileen Lee (1:04.06) in what is that team’s best event.

Carondolet grabbed the win in the day’s first varsity individual event, when sophomore Maddie Murphy took the girls’ 200 free in 1:50.51. She had a come=from-behind victory over the last 50 yards ahead of Granada sophomore Moriah Simonds (1:50.86), with yet another sophomore, Claire Therien taking 3rd in 1:51.95. That should be a great battle over the next two seasons.

Murphy pulled off a very interesting double, the only double of the meet, as she’d come back in the 50 free to break the EBAL Meet Record in the 50 free, swimming a 23.59. Both she and Poppe (23.68) were under that record, and both beat the defending North Coast Section Champion, Amador Valley junior Iris Brand, who was just a 23.81 for 3rd. There should be little fear for AVHS fans though, as Brand is notorious for having huge drops at NCS’ in this race.

As for Murphy, while this legendary Carondolet program rebuilds, she will be among the focal points. She picks up for the now-graduated Chelsea Chenault, who won the 200 free last year and is now an All-American as a freshman at USC.

San Ramon Valley has a standout sophomore of their own, as Christina Chong won the girls’ 200 IM in 2:04.06, topping Carondelet senior Natalie Amberg (2:05.67). Chong was just 11th at the NCS meet last year in a 2:09, but this year should battle with Riley Scott (not pictured here) and a few others for the section title in this event.

The sophomore show rolled on, with the first four individual swimming events all going to the class. San Ramon Valley’s Gianna Garcia won the 100 fly in 54.87, just missing the Meet Championship Record, as San Ramon Valley took 3 out of the top 4 spots. With 51 big points, that really turned the scoring in San Ramon’s favor, as neither Carondolet nor Amador Valley could muster more than a single swimmer in the A-Final.

While Iris Brand’s 3rd-place finish might have been disappointing, her results in the 100 free wasn’t. Breaking the streak of sophomore champions, the Amador Valley junior took the 100 free title in 51.71 (after finishing 3rd in that race last year). She beat out Livermore’s Katie Woods (52.22) and Carondolet’s Malorie Han (52.24), who are both sophomores.

In the 500 free, yet another sophomore win went on the books, as Claire Therien from San Ramon Valley won in 4:53.91 ahead of Granada’s Moriah Simonds (4:54.07). The two battled the entire race to that less-than-two-tenths separation. Neither really made a big move on the other at any point of this race, but in the 4th 100, Therien made just a subtle push to sneak ahead, and Simonds was unable to fight back.

This race was more huge points for San Ramon Valley, with three of the top five finishers and four total in the A-final. That’s three more than Amador Valley and Carondelet combined. What’s more is that those top three for San Ramon could all be back in the top 8 at the NCS meet.

In the 200 free relay, the girls from Carondolet got a little bit of a shot in, winning with a new EBAL League and Meet Record of 1:35.08, as both they and San Ramon Valley were equal-to-or-better than the old records. Carondolet really sloughed the prelims of this race (they were 7th, but still safely in by 20 seconds), before that explosion in finals. Despite only placing 3rd at this meet, they are still the best freestyle program in the league.

Not to be overlooked is the final individual event of the day either, which was another Carondelet win as the team swam extremely well in the last couple of events. Samantha Coloma won the 100 backstroke in 54.35, which breaks the Meet Record of Carondelet alum Madison White from 2012. Colona had an incredible back-half split of 27.80 on that swim.

But as the meet went, San Ramon Valley had the 2-3-4 swimmers, including a 55.87 from Gianna Garcia, to rack up big points. The top three in this race were all sophomores, the top five were all freshmen or sophomores, and the top seven were all underclassmen.

The boys’ meet was also won by San Ramon Valley, repeating their win from last year, but it had a very different feel. As it’s gone for the last few years at this meet, San Ramon Valley, while having the depth to match their women’s team, doesn’t win a lot of events at this EBAL Championships – in fact, their only victory came in the second-to-last race of the meet.

Meanwhile, it’s the league runners-up Granada who look to be in great position headed toward the NCS meet. Last season, they took 2nd at the NCS Championships, but didn’t graduate a single swimmer from their section team, while defending NCS champions Campolindo (who swim in the DBAL League) lost some pretty significant pieces.

As mentioned, San Ramon Valley struck their first title late in the meet, thanks to a 56.54 in the 100 yard breaststroke from sophomore Hank Poppe. That’s more than a two-second drop from his third-place finish last year, as the Poppe siblings swept the varsity breaststrokes at this race.

As for the boys from Granada, they too were led by a sophomore (the trend continues). Former National Age Group Record holder Maxime Rooney will hope to lead the team to victory next week at NCS, and he got a good start down that road here. In his first individual event, he won the 100 fly in 49.74, and he came back later to win the 100 back in 50.47.

That’s just a taste of Rooney’s incredible versatility – aside from the breaststrokes, he really has no weak events.

He also helped carry his team to an early relay victory, as they won the 200 medley relay in a new Meet Record of 1:34.19, with Rooney splitting 22.66 on the fly leg; that broke their own record by .06 last year (and last year, they dropped three full seconds at NCS’).

He was also part of the Granada 400 free relay, who won in another Meet Record of 3:05.30 at the end of the day, beating runners-up De La Salle by five seconds.

Not swimming as well here for Granada is senior and Cal commit Nick Silverthorn. He’s still got his focus on the big meet next week, but he failed to win a single event here. In the 200 IM, he fell to Amador Valley senior Kevin McLaughlin 1:52.00-1:54.29. McLaughlin swam very well on the backstroke leg to open up that gap, and still held off Silverthorn on his two best strokes: breaststroke and freestyle.

Foothills’ Tony Shen got a second-straight win in the 500 free, swimming a 4:35.96. That’s about a second-and-a-half faster than the time with which he won last year’s meet.