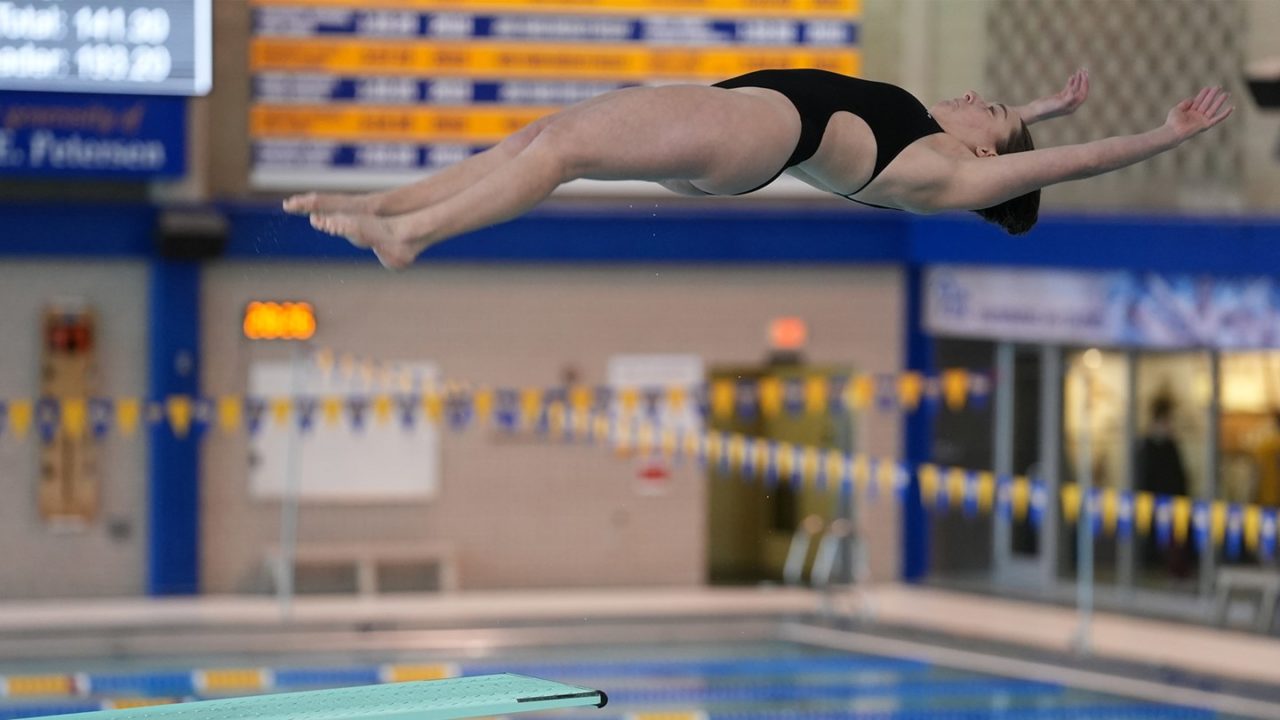 Panthers’ diving squad sweeps both events on the springboard against the Dukes. Current photo via Pitt Athletics

PITTSBURGH – The University of Pittsburgh’s women’s diving team defeated Duquesne in a dual meet at Trees Pool Saturday afternoon. In addition to the women diving, the men’s diving team competed amongst themselves.

The Panther women swept the podium in the 3-meter, with juniors Amy Read and Serena Buchwald along with freshman Claire McDaniels earning first, second and third, respectively. Read totaled a score of 335.55, while Buchwald tallied a mark of 301.73. McDaniels registered a new personal-record of 287.18. All three divers earned NCAA cuts, with Read earning a B cut and Buchwald and McDaniels C cuts.

In the women’s 1-meter, Buchwald earned first with a new personal-best of 316.35. McDaniels (298.65/personal record), Read (290.93) and sophomore Meredith Gould (281.10) came in second, third and fourth, respectively. Buchwald and McDaniels’ scores qualified for the NCAA A cut, while Read and Gould received NCAA B cuts. Freshman Emma Gravgaard also registered a NCAA C cut with a sixth-place score of 266.63, a personal record.

Pitt’s swimming and diving teams are both in action next Friday and Saturday at home against Army, with diving scheduled for a few events on Friday night and then beginning the action the next day followed by swimming.