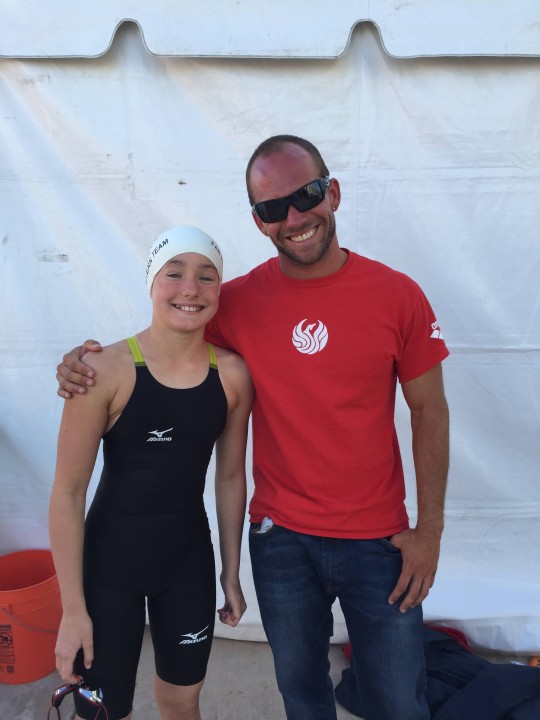 Ten-year-old Miriam Sheehan of Phoenix Swim Club added another National Age Group Record to her repertoire in the finals of the 10 & Under 50 yard butterfly at 2015 Far Westerns Championships in Morgan Hill, California. Sheehan clocked a 26.64 to beat the mark of 26.91 set by Regan Smith of South Metro Storm in January, 2013.

Last week Sheehan broke the NAG record in the 50m back at the Phoenix Long Course Opener in Phoenix, Arizona.

I’m really lucky to have you on the same team as I!!!

Four records!!!! You are a hardworker with determination, many more to come. love ya.

Special swim for a 10 year old!

Amazing M! We are all so proud of you! We will be there for your Olympic debut

Fantastic. Right on track for the one record per week per family.

Can’t wait til next week!

WOW! You simply amaze me, Miriam. CONGRATULATIONS! I am very proud of you, as are so many others.