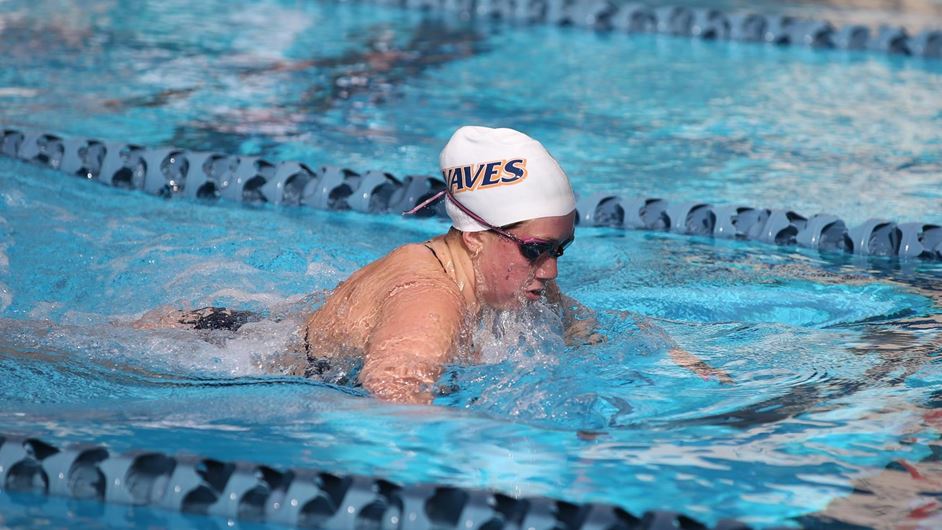 The Waves prepare for their penultimate event of the season, heading to Dixie State University in St. George, Utah, for the PCSC Championships. Current photo via Jeff Golden

MALIBU, California – The Pepperdine women’s swimming and diving team prepares for its penultimate event of the season, heading to Dixie State University in St. George, Utah, for the annual PCSC Championships from Wednesday through Saturday.

The Waves were previously in competition on Saturday, January 29 for a home dual meet with Azusa Pacific. Pepperdine came away with a 154.50-105.50 win, and seven seniors were recognized as well. Pepperdine won 11 out of a possible 16 events, with Olivia Kayye (Chapel Hill, N.C.), Haley Bergthold (Fairfax, Va./Woodson HS) and Emily Morton (Golden, Colo./Lakewood HS) all winning multiple individual events, as Kayye won the 1000 freestyle and the 200 breast, Bergthold took first in the 100 back and the 100 fly and Morton claimed first in the 100 breast, 200 back and 200 IM.

Last year at the PCSC Championships, Pepperdine broke three school records while winning nine events, including four relays. Morton won three individual events (200 back, 200 IM and 400 IM) and two relay titles in the 200 and 400 medley. She was also the top scorer for Pepperdine throughout the championships with 96 points, which was good for second overall.

The Waves, who have finished in second place five times in PCSC history, including each of the last three years, are going for their first-ever PCSC team title.

The meet central page, which includes a schedule of events and video streaming information, can be found at pacificswimanddive.org.