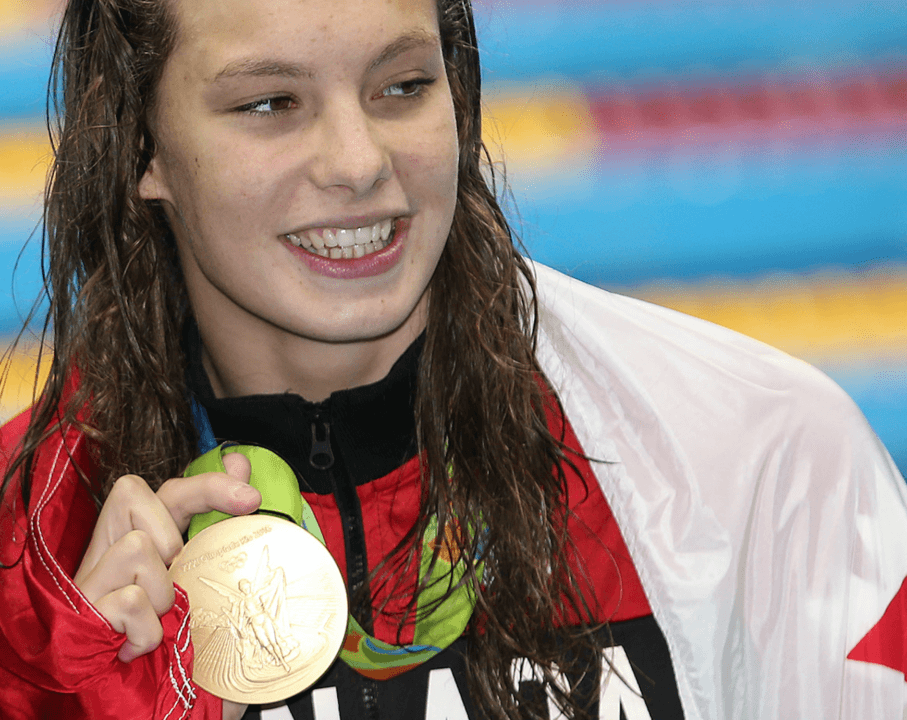 Penny Oleksiak, a 2016 Olympic gold medalist, is part of an effort by General Mills to redirect its Olympic advertising into foodbank advertising. Archive photo via Simone Castrovillari

Cereal company Cheerios has repurposed its Olympic ads, including those featuring Olympic gold medal winning swimmer Penny Oleksiak along with 4 other athletes to raise money for Canada’s food banks.

From a press release:

The COVID-19 crisis is putting unprecedented demand on Canada’s food banks. To help raise awareness, donations and to say thanks to those working so hard, Cheerios and its Canadian Olympic athlete partners are shifting the cheers that were originally destined for the athletes onto Canada’s frontline food bank heroes.

The 19-year old Oleksiak won 1 gold, 1 silver, and 2 bronze medals at the 2016 Olympic Games at just 16-years old, including a tie for victory in the women’s 100 free with American Simone Manuel, and a silver in the 100 fly.

In a video posted to her social media account, Oleksiak honors Lori McRitchie, who has been working with her food bank in Airdrie, Alberta for 14 years. In honor of McRitchie’s work, Cheerios has unveiled a limited-edition box that will feature her on the front that will live on shelves alongside their Olympian-featured boxes.

Oleksiak is the first of the 5 athletes to release her video.

Across the world, raising money for food banks has become a priority as millions of new unemployed people, including 2 million who lost their jobs in Canada in April, have needed help to feed their families.

As part of the program, Cheerios parent company General Mills is donating $500,000 in cash and $600,000 in food product to Food Banks Canada.

“This generous help couldn’t come at a more crucial time for food banks across the country,” said Chris Hatch, Chief Executive Officer, Food Banks Canada. “The efforts being made by volunteers and frontline staff to keep up with demand is really heroic, and Cheerios’ initiatives to boost awareness and help bring in donations is very, very welcome.”

Besides Oleksiak, 4 other Canadian Olympians or Olympic hopefuls are included in the program, with each being paired with a food-bank-legend who is also being honored with a box.