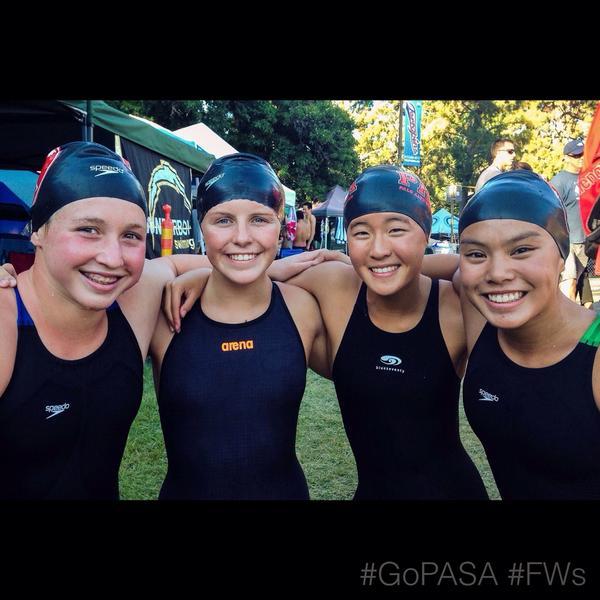 The Palo Alto-Stanford Aquatics 13-14 girls, better known as PASA, have broken the National Age Group Record in the 200... Current photo via Gaku Ito

The Palo Alto-Stanford Aquatics 13-14 girls, better known as PASA, have broken the National Age Group Record in the 200 free relay.

Swimming at the 2014 Far Western Long Course Championships on Friday evening, PASA swam a 1:47.81 to just slide their way under the 2006 record set by Sun Devil Aquatics, who were a 1:47.86 eight years ago.

Henig won the 50 free individually as well on Friday.

The old record had some recognizable names on it, including Auburn’s Haley Krakoski and Utah standout Traycie Swartz. The were joined by Emily Christiansen and Tinsley Andrews – and that group still holds the age group’s 400 free relay record from 2007.

The record was a real PASA team effort, with Henig training under Scott Shea and Lin training under Dana Kirk, while Snow and Balmaceda are training partners under Carlene Takaki.