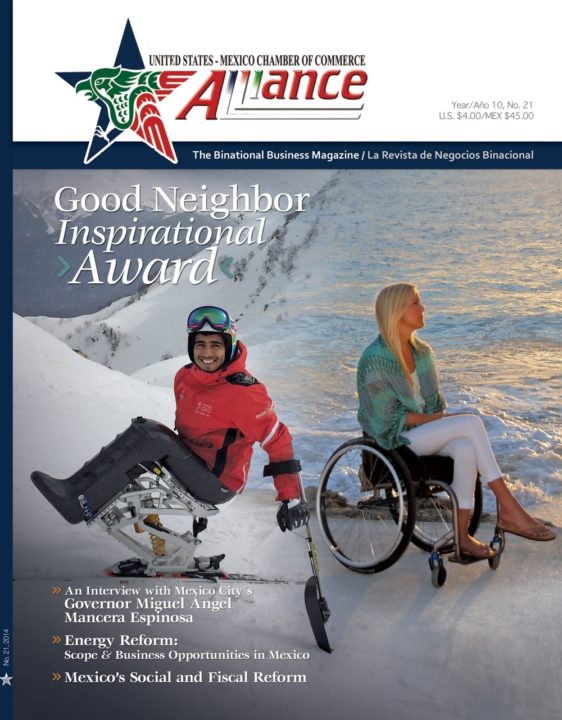 The United States-Mexico Chamber of Commerce has named U.S. Paralympic swimmer Mallory Weggemann will be the first recipient of their “Good Neighbor Inspirational Award.” She will be honored at a black-tie dinner in Washington, D.C. at a black-tie gala in conjunction with Mexican Paralympian Arly Velasquez, who is ranked 14th in the world in the Alpine Mono-Ski.

As part of the award process, Weggemann penned an article for the organization’s magazine titled “Not Allowing Tragedy to Define Your Future.”

Weggemann won 8 gold medals at the 2010 IPC World Championships as an S7/SB6/SM7 swimmer in 2010, and looked poised to clean up at the 2012 London Paralympic Games. However, in the few days before that meet, Weggemann was reclassified as an S8, where the times are much faster, and still managed to take home gold in the 50 free.

The United States-Mexico Chamber of Commerce is a private non-profit business association (501 (c) (6)) that was established in 1973. The group is works to “build mutually beneficial trade and investment relationships in the Americas.”