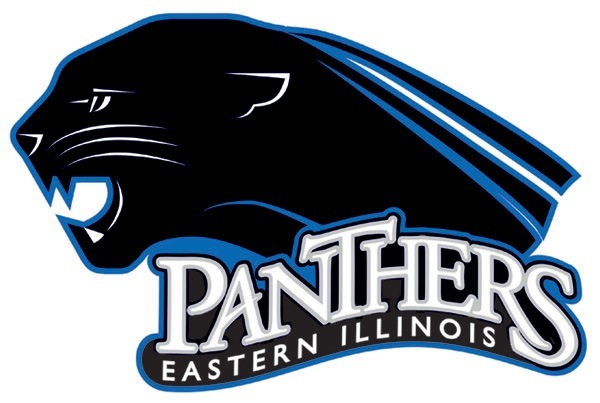 “Our focus this fall was to go out and find swimmers who could immediately replace what is a very strong senior class,” said McGill.  “Though we aren’t quite done yet, we are already well ahead of our goal with this first group of signees.

“What has impressed me most about this group of swimmers is their enthusiasm for hard work and their enjoyment of the sport,” he added.  “Furthermore, they are all great students and people, too.”

Below is a brief breakdown of each individual signee:

“We have three very fine young men joining us next season,” McGill said.  “We are not only adding some top talent, but also getting some depth in some areas where we are a little weak right now.”

Coach McGill says:  “Steve will be able make an immediate impact in the both IM distances and the backstrokes.  He has the ability to come in and compete at the very top of the conference right away.  Over the last two years you can tell his hard work and commitment has led him to establish himself as one of Illinois’ premier senior swimmers.”

Fishman accolades:  Four-time letter winner at Normal U-High, earning records in both the 200 Medley and Free Relay units.  His high squad earned third place overall at the state meet his freshman season as a member of his 200-Medley Relay unit.  Also made state finals in 200-IM and 400-Free Relay his junior year.  Multi-year member of the Honor Roll.

Chose EIU:  “EIU provides a great atmosphere, from the people to the buildings on campus, plus I felt like this was the school that fit me the best.  In addition, everyone was very nice and show respect for one another, making it feel like a family atmosphere.”

Coach McGill says:  “Bryan has a lot of potential and continues to get better every year.  More importantly, he is a tireless worker.  Bryan is going to really add some depth to our 200 IM and both our 200 and 500 Free events.”

McPherson accolades:  Has already earned a pair of letters in swimming as well as multiple Honor Roll awards, while also a member of the EHS Honors Program.  The Tigers advanced to the state sectional meets during both his freshman and sophomore campaigns.

Chose EIU:  “Eastern was the perfect size, plus the team and coach McGill were all very welcoming to me on my visit.”

Coach McGill says:  “Stephen has been a very solid swimmer for a couple years now, while also playing other sports as well.  It was not until recently he really began to focus on swimming.  He’s going to be able to come in right away and compete for some relay spots.  In the long run, he has great potential to shine in the 50 all the way up to the 200.”

Truchon accolades:  A three-sport athlete, including earning two letters in baseball, three in football, and a four-time letterwinner as a swimmer, he has been named the MVP of his swimming team three times.  Was just just elected as the captain this coming year while he also qualified for the state sectional meet last season, placing first in the 100-Free.  Two-time academic all-conference honoree for both football and swimming, and also a multi-year member of the High Honor Roll.

Chose EIU:  “I felt the most comfortable at Eastern.”

“Our women’s class is chock full of talent,” McGill said.  “I could not be happier with the four ladies who will be joining us next fall. They all have great work ethics both in the pool and out, plus they all have the ability to make an immediate impact.”

Coach McGill says:  “Over the last few years Danielle has slowly grown into swimming and has progressed very quickly.  She has the ability to swim a number of events, but will primarily focus on both the fly and back, with the potential to compete right away for some top spots on the team.”

DiMatteo accolades:  Four year letter winner as a member of both her high school squad’s swimming and water polo units.  Earned offensive ‘Player of the Year’ kudos in 2012 as member of her polo squad, while her swim team twice earned team champion honors as the DuPage Valley Conference meet.

Chose EIU:  “Eastern just felt like home, with both the team and coach making me feel very welcome.  Plus I’m excited to start my education at EIU after speaking to the sociology department staff.  At EIU, there’s an immediate personal connection, as compared to just being a number with some of the other schools I considered.”

Coach McGill says:  “Melissa can swim just about every single event and in a variety of distances.  Off the bat, she will really help us in both IM’s, breaststrokes, and mid-distance free.  Our more sprint focused training program will really allow her to develop in the 100’s in the long run.”

Chose EIU:  “I felt so much at home at Eastern, even though the campus is a thousand miles away from my own hometown.  The team has a really fun atmosphere and they motivate and support each other, which is something I was looking for.”

Coach McGill says:  “Renae is really going to be able to create some depth in our 200’s.  She is very strong in both the back and fly at the mid-distance level, while also competitive in the IM.  I can really see her developing very quickly in our program.”

Johnson accolades:  Already a three-time state qualifier, earning IHSA finalist honors in the 200-Back.  Also twice competed at the USA Swimming Speedo Championship Series meets.  Earned regional titles in the 100-Back, 500-Free, and 400-IM, while coming in second in the 1000-Free.  Touched first in the 200-Back at the 2011 Summer Regional Championship Meet, as she swims year-round with the Academy Bullets Swim Club as a member of their Elite Practice Group.  Academically, she’s a National AP Scholar and member of the Academic High Honor Roll, while also part of her high school’s varsity marching band.

Chose EIU:  “I loved the atmosphere of the swim team, with the coaches there for the success of the athletes not only in the water but also in the classroom.  Enjoy the camaraderie of both men’s and women’s teams, plus the academic possibilities and the feel of being able to have a balance with both school and sports.”

Coach McGill says:  “Amy is a pure athlete with natural speed.  She’s competed in multiple sports, but really wants to focus on swimming in college.  Her athleticism will help her transition into our sprint program very well, with the potential to compete right away for relay spots.”

Smith accolades:  Competed as both a swimmer and diver for her high school squad, earning multiple letters in the process.  Also competed in three additional sports – track and field, gymnastics and volleyball.  Earned Academic All-Conference (DuPage Valley Conference) kudos, while also setting a school record in the 200-Free Relay in 2012, advancing to the swimming state meet.  Also an All-Conference honoree in pole vault, qualifying for the IHSA state meet in Charleston.  Member of the National Honor Society and nabbed the 5.0 academic award.

Chose EIU:  “I like the small town environment, the feel of the campus, and the swim team was very welcoming.”

This release was provided to SwimSwam courtesy of EIU Swimming and Diving.