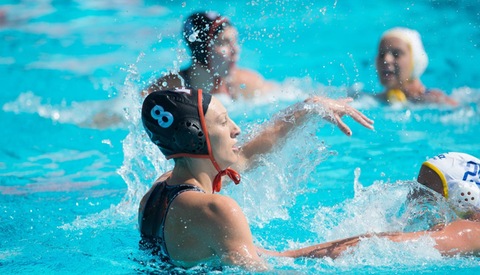 Christmas led the Tigers to back-to-back regular season championships and an undefeated conference record thanks to a league best 3.0 goals per game. She ranks sixth in the league with 51 goals, doing it in just 17 games. She is also third in the league with 80 total points and ninth with 29 assists. The Tigers enter the upcoming GCC Championships at 14-8 overall and 7-0 in GCC play, ranking eighth in the latest national poll.

Leading the GCC in goals in her first season at LMU is sophomore Marialena Seletopoulou, who earns GCC Newcomer of the Year honors. She enters the GCC tournament with 71 goals and 97 total points for the Lions, who enter as the No. 3 seed at 19-9 overall and 5-2 in league play.

Christmas is also one of seven individuals named first-team GCC All-Conference. It is her third straight first-team honor. Joining her for the third straight year on the first-team is LMU senior Hana Vilanova. Also repeating as a first-team selection from 2018 is California Baptist senior Lizette Perez.

Joining them to round out the first-team is San Diego State’s sophomore Emily Bennett, LMU senior goalie Sky Flores, Fresno State sophomore Emily Nicholson, and Pacific senior Viktoria Szmodics, who earns first-team honors for the second time, claiming the honor as a freshman in 2016.

The 2019 Golden Coast Conference Championships are Friday, April 26 through Sunday, April 28 at the Fresno State Aquatics Center on the campus of Fresno State University. There will be four games each day with opening round set to begin at 1:30 pm on Friday. The semifinals will be on Saturday at 2:30 and 4:15 pm, respectively. The title game will be on Sunday at 2:30 pm. Follow the entire tournament here: Championship Central.