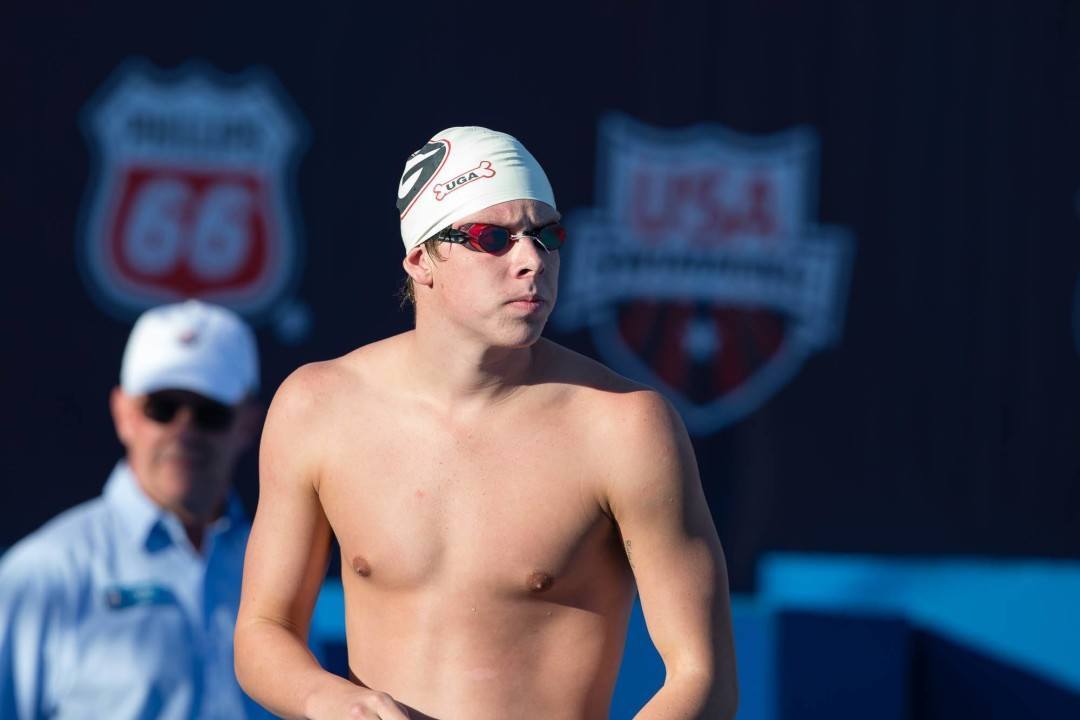 Pace Clark became the 2nd fastest US performer in history after clocking 1:51.68 in the men's 200 fly prelims in Windsor. Archive photo via Tim Binning/TheSwimPictures.com

American Pace Clark had a fantastic 200 fly prelim in Windsor, clocking 1:51.68 to become the 2nd fastest performer in US history. He now sits behind only Tom Shields, whose American record sits at 1:49.05 from the Duel in the Pool last year.

Clark is coming off a strong performance at the US Olympic Trials, where he finished 6th in the 200 fly. He continues to train at the University of Georgia.

The Bulldog qualified 3rd overall behind Russia’s Aleksandr Kharlanov (1:51.03) and defending World Champ Chad Le Clos (1:51.23). His teammate Shields barely made it into finals, finishing 8th overall in 1:53.09. There are no semi-finals for 200m events at the Short Course World Championships, so the final for this event will go off tonight.

Shields in 8th…I would have to think after last week he has a lot more in the tank but he sure is cutting it close.

Just realized that Phelps has a faster LCM 200 fly than he does SCM 200 fly. I realize Phelps never focused on SCM very much in his career, but I still find this interesting and entertaining. I wonder how many of his other events he might have swum faster LCM in comparison to SCM.

SWIMSWAMMERS (**CLAP CLAP**)! ASSEMBLE ME A LIST OF COMPARATIVE PHELPSIAN SWIMS FROM LCM TO SCM POST-HASTE!!!

Phelps never really took too much interest in short course meters so I presume that most of his LCM times are probably better than his SCM times.