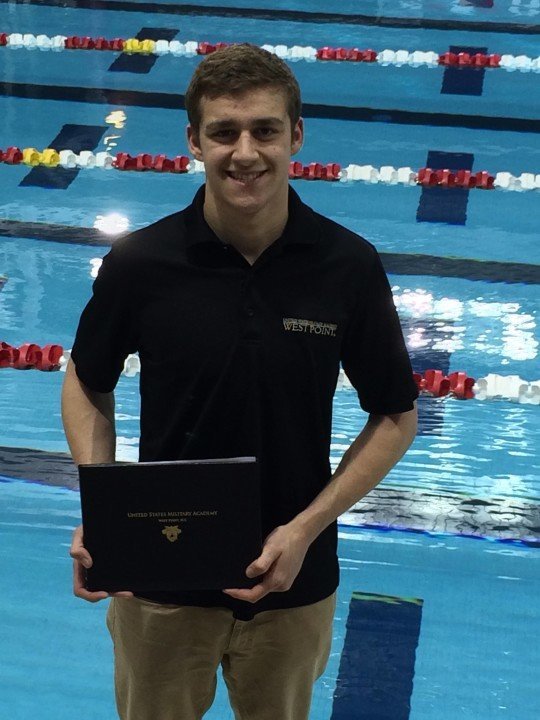 Ohio State Swim Club and St. Charles Preparatory School senior, Austin Beam, has received an appointment to The United States Military Academy where he will swim beginning in the fall of 2016.

“I chose West Point for the outstanding academic opportunities and a chance to compete in a strong division 1 swimming program. I look forward to training in leadership to serve my country as an officer in the Army.”

Beam has achieved his Winter Juniors cut in the 200 back, and while he has yet to taper yet this season, his best times through his junior year are as follows:

“Austin is a very motivated, hard-working student-athlete,” says Kyle Goodrich, head coach, Ohio State Swim Club. “He excels in the backstroke and IM. He also plays water polo for St. Charles, and has helped the team to state championships in 2013 and 2014, as well as a third-place finish this season.”