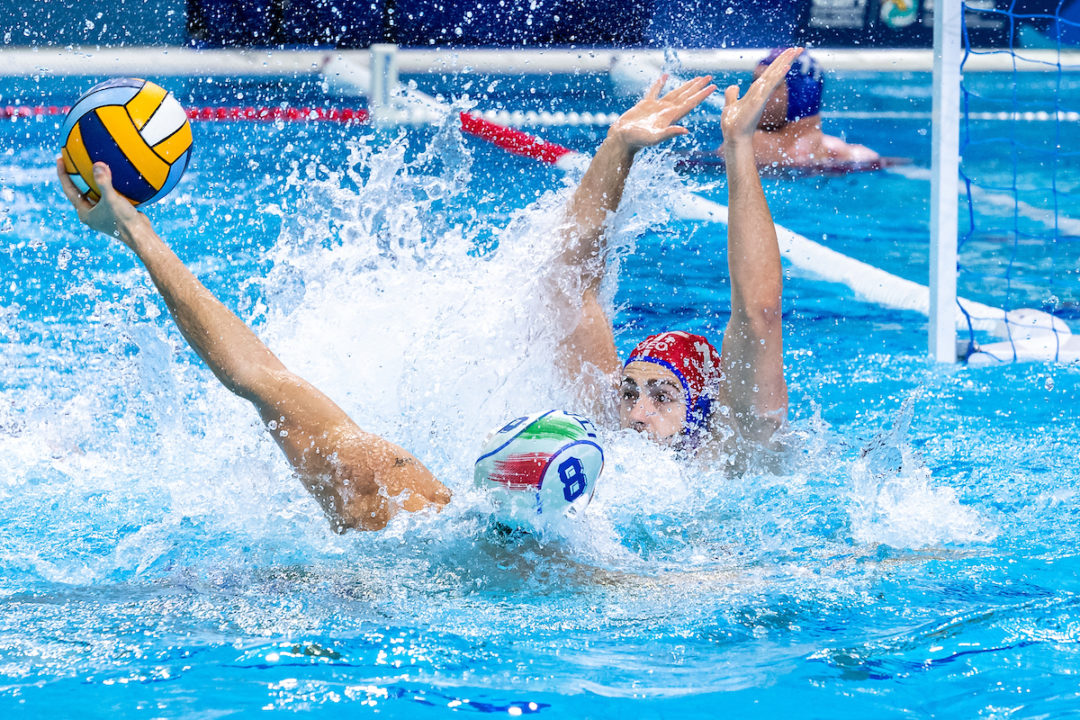 The biggest winner of the day was Mladost Zagreb, which earned a great win in Hannover and broke six points clear in the race for the fourth qualifying spot. Current photo via Giorgio Scala / Deepbluemedia / Insidefoto

OSC Budapest hammered Terrassa and passed group-leader Recco and FTC whose game had been postponed. The biggest winner of the day is Mladost Zagreb, which earned a great win in Hannover and broke six points clear in the race for the fourth qualifying position. Dinamo Tbilisi earned a historic first-ever win in the Champions League by beating Marseille. In a game played in Group A, Szolnok lost its third match in a row, this time against lower-ranked Jadran in Split, and that further weakened the Hungarians’ chances to reach the Final Eight.

Downing title-holder Ferencvaros by three goals on the road, then repeating this feat against Recco to halt the Italians’ 36-game unbeaten streak in their home had already shown that OSC hit tremendous form after the restart in February. This didn’t promise an easy ride for Terrassa, which came from a tiring cup weekend from Spain. But perhaps not even the hosts expected such a terrific run they just managed to stage right from the beginning.

OSC had a dream start and stormed to a 5-0 lead and their rivals couldn’t find the tools to stop them or at least to keep up with them by scoring goals. It stood 10-1 at halftime and 16-2 after three periods – the number of shots on target was the most telling piece of stats (26-11). This win put OSC on top since the big match of the day between FTC and Recco had been postponed due to the corona-virus concerns.

Mladost was the other big winner of the day. Since Terrassa lost, just as Marseille, the Croats’ triumph in Hannover gave them a massive 6-point lead in the race for the 4th qualifying spot. After a balanced opening period Mladost netted seven in the second as the German defence crashed and it never recovered in the remaining of the game. The next round might see decision time as the Croats will play with Terrassa in Zagreb.

Though Marseille had stopped its sinking in the previous round by forcing a draw in Terrassa but it turned out to be temporary. After a quite promising autumn, including a win in OSC’s home, the French got into a downward spiral and they hit the bottom now as they lost in Tbilisi. Dinamo was 0/9 so far but this day they wrote a piece of history by winning their first game in the Champions League. Even though they couldn’t enjoy the support of their fans – accepting the recommendation of the local authorities, they kept the gates closed –, the Georgians rushed to a 5-1 lead in eight minutes and cruised to a fine win.

In the game in Group A, brought forward from Wednesday, Szolnok’s chances to make the Final Eight after missing last year suffered another blow as the Hungarians fell in Split too. This was the 2017 champions’ third loss in a row: while going down against Jug might have been in the cards, the defeat from Spandau at home and now from Jadran – the Croats have no realistic chance to advance, got only 4 points before this game – were a bit of shock for the Hungarians.

The hosts produced a superb first half as they took an 8-3 lead, then Szolnok had a better spell and came back to 9-7 but Jadran responded well and reset the 5-goal gap early in the fourth and never looked back. Szolnok’s closest rivals, Spandau and Jadran Carine, both face tough matches against the top dogs on Wednesday, still, the Magyars seem to have dug themselves to a deep hole since February.