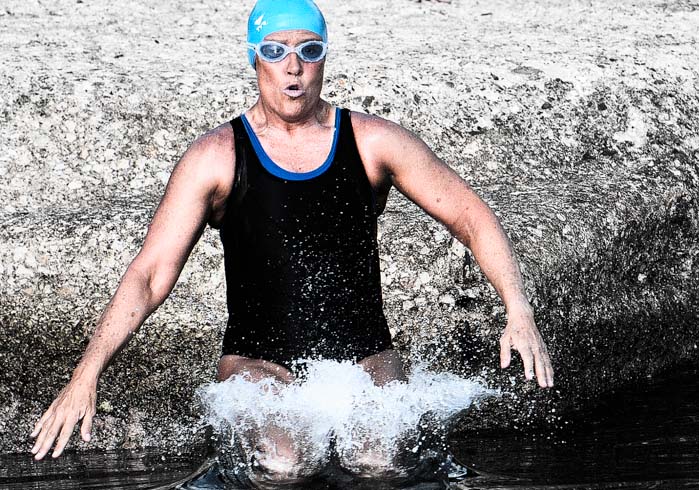 It’s been quite a year for Diana Nyad.   She cemented her status as one of the world’s greatest marathon... Archive photo via Mike Lewis/Ola Vista Photography

It’s been quite a year for Diana Nyad.   She cemented her status as one of the world’s greatest marathon swimmer last year when she successfully completed the swim of her life – Cuba to Florida.  She’s gone on to charity swims in Manhattan (“Swim for Relief) and has been featured across several media platforms spreading her message of dedication and determination.

Now it’s time for Nyad to start dancing.  She’s going to be part of the star studded cast in the eighteenth season of ABC’s hit show “Dancing with the Stars”.   Nyad will be partnered with professional dancer Henry Byalikov from Australia.  Nyad reported in the Huffington Post that she has long aspired to be on the show, she wrote “Dance is the expression of joy and freedom that the human race has enjoyed from the beginning of time.”

According to her report, she’s been engaged in regular 4 hour a day practice sessions with Byalikov for the past couple of weeks.  The duo will have their work cut out for them as they face off against a cast of talented entertainers and athletes.  Undoubtedly the team of Charlie White and Meryl Davis, Team USA Gold Medal winning Ice dancers, will be carrying momentum off their success in Sochi.