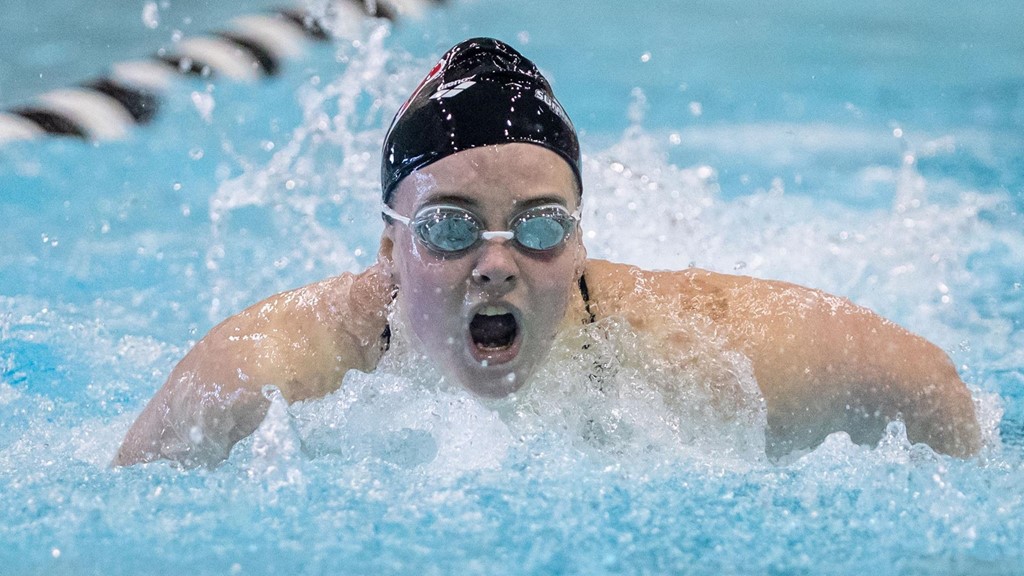 After their Saturday meet was canceled, the Mavericks won their sole meet of the week against fellow Nebraska team Midland. Archive photo via Omaha Athletics

FREMONT, Neb. – The Mavericks opened 2022 action with a meet at Midland Friday night. Omaha swept the top spot in nearly every single event to start the year out strong.

“It was great to get back in the pool following our winter break,” said head coach Todd Samland. “Tonight gave us a chance to loosen up and compete again before we head into a few conference meets. I am happy with what I saw from both teams and look forward to seeing them compete again next weekend at South Dakota.”

Gracie Streblow, Annie Leinart, Hailey Matthews, and Payton Easley started the night out with first in the 200-medley relay with a time of 1:48.66. A team of Isaac Fletcher, Logan Kempf, Kody Hollingsworth, and Grant Waszak followed suit for the men with a time of 1:35.28.

Matthews added her name to the mix with a first-place finish in the 50-free. She swam a time of 24.81. Hollingsworth earned first in the same even with a time of 20.65 for the men.

Omaha’s final first-place finishes came in the 400-free relay. Streblow, Annika Harthoorn, Trojan, and Matthews swam a time of 3:37.46 for the women. Hoak, Elijah Clements, Waszak, and Hollingsworth posted a time of 3:09.49 for the men.

The Mavericks had to cancelled Saturday’s home meet vs. Midland due to COVID-19 protocols. They return to action on Friday, January 21 at South Dakota. The meet is scheduled for a 6 p.m. start in Vermillion.

Midland did not issue a press release.